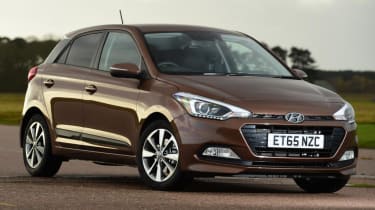 Despite a disappointing 97th place in our Driver Power 2019 satisfaction survey, an i20 can still be an excellent used buy if you’re thorough with your pre-purchase checks. As an all-rounder, the Hyundai is generally a good choice, although it’s no class leader in any particular respect. If you’re not on too tight a budget, it’s worth buying a facelifted car (post-June 2018) because these have more standard kit and the option of the 1.0-litre turbo, which is the pick of the engines.

The Hyundai Motor Company was founded in 1967, but it was another 15 years before its cars were sold in the UK. From the outset the Korean firm had a reputation for value, and that’s something that hasn’t changed in the 37 years since those first products were offered here.

What has changed beyond all recognition is the quality and competitiveness of Hyundai’s vehicles, so while they still offer strong value for money, they’re no longer the bargain-basement cars they once were.

The i20 is a good example, because compared with European rivals, this very appealing supermini offers excellent value without having to compromise on design, safety, comfort or reliability. While it isn’t the best supermini, it’s an extremely good one. 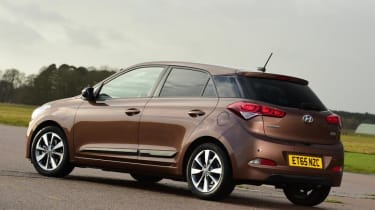 The second-generation i20 arrived in January 2015 with 1.2 or 1.4-litre petrol engines and 1.1 or 1.4-litre diesels. Apart from the 1.4-litre petrol, which came with an automatic option, every engine was paired exclusively with a manual transmission.

Only a five-door hatch was available at launch, but from March 2015 there was a three-door option. This was marketed as a coupé and sold with its own trim levels (SE, Sport, Sport Nav) using 1.2 and 1.4 petrols, the 1.4 diesel and manual transmissions.

The Turbocharged Edition was introduced in August 2016, with a three-cylinder 1.0-litre petrol motor, dubbed 1.0 T-GDi. Then, in June 2018, a facelifted i20 hit the road with a redesigned grille, fresh bumpers and lights, a range-wide seven-inch display (with DAB radio) as standard, and extra driver- assistance features, including AEB on all cars except the entry-level S Connect.

If you’re buying a car mainly for local trips, any engine or gearbox will do, but if you plan to go further afield, stick with a 1.4-litre (petrol or diesel) or the 1.0 T-GDi unit. 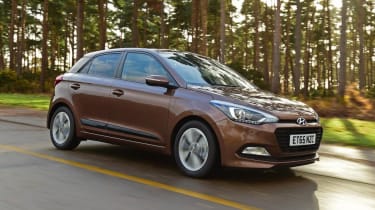 There are lots of high-spec i20s around, so don’t feel you have to settle for the entry-level S, which has electric front windows and remote central locking; S Air adds air-con. The SE is the volume seller and offers 16-inch alloys, Bluetooth, cruise control, reversing sensors, lane departure warning and all-round electric windows. The Premium adds auto lights and wipers, climate control, privacy glass and an auto-dimming rear-view mirror.

Range-topping Premium SE has all-round parking sensors, a heated steering wheel and front seats, and a panoramic glass roof. Keep the i20 Active crossover on your radar, too. It’s mechanically identical to the regular i20, but has trendy SUV-like styling.

Alternatives to the Hyundai i20 Mk2

Most mainstream makers offer a supermini, so competition in this class is tough. From the Volkswagen Group alone there are the SEAT Ibiza, Skoda Fabia, VW Polo and Audi A1, which have efficient engines and decent build quality. Other options include the Renault Clio, Peugeot 208 and Vauxhall Corsa. They are all in plentiful supply and represent decent value, plus you can find a wide range of engines and trims.

The Ford Fiesta is arguably the best all-rounder in this class, though, because you get plenty for your money. It’s a riot to drive and there are so many to choose from; plus reliability tends to be pretty good.

All examples of this i20 come with the balance of Hyundai’s five-year warranty, adding to the model’s appeal as a used buy.

The 2018 facelift brought a reversing camera for all five-door i20s. A stop/start system was made standard across the range, too.

The turbo 1.0 T-GDi engine replaced the 1.4, and was offered with a seven-speed dual-clutch gearbox. It’s the one to go for if looking at newer versions.

Hyundai doesn’t do options other than metallic paint; if you want more equipment you need to move up a trim level. 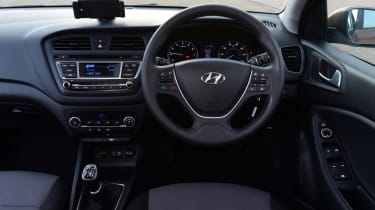 Although some of the i20’s plastics are a bit cheap, they’re generally fine and the layout is user-friendly, if not especially inspiring. Boot space is impressive, however, and at 326 litres with the seats up (or 1,042 litres with them down), you get more capacity than with many other superminis. This doesn’t come at the expense of rear-seat legroom, either, because that is also pretty good.

All cars need servicing annually or after 10,000 miles, with the first three checks-ups costing £186, £284 and £197. Discounted maintenance is offered from the fourth year, running in a cycle of Base, Interim and Full, at £99, £169 and £229. Sticking to the schedule keeps the five-year warranty valid.

All engines are chain-driven; fresh brake fluid is needed every two years, and coolant every six years or 60,000 miles. Service plans can spread the cost. 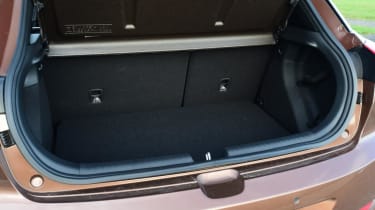 Hyundai has a reputation for not issuing many recalls, and that’s certainly the case with the i20, which has yet to be the subject of a single campaign. In fact, even the Mk1 i20 has yet to be affected by an action, and that car was launched a decade ago. Equally as impressive is the fact that since the Mk2 i20 arrived in 2015, Hyundai has issued just 16 recalls across its entire model range.

While the original i20 came 64th in our Driver Power 2018 Used Car survey, the Mk2 didn’t appear and it came 97th in our 2019 New Car poll. It finished 63rd in our 2018 New Car survey, which was disappointing. The only top-40 place was for infotainment and connectivity; everything else fell outside the top 50, with reliability, handling and the car’s interior not making the top 60.