The Jaguar I-Pace claimed the mid-size SUV category, while the Audi A1, BMW 1 Series and Toyota Supra were also honoured 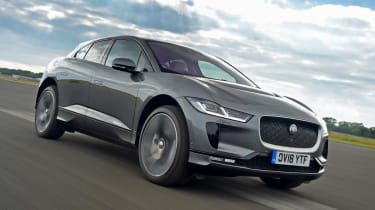 The I-Pace – voted Auto Express Car of the Year for 2018 and World Car of the Year 2019 – beat the Audi Q3 and SEAT Tarraco to win The Golden Steering Wheel in the mid-size SUV category.

Other winners across the 11 categories included the Audi A1, BMW 1 Series, Tesla Model 3, Mazda CX-30, Audi e-tron and Toyota Supra, which beat the Porsche 911 and BMW M850i in its category.