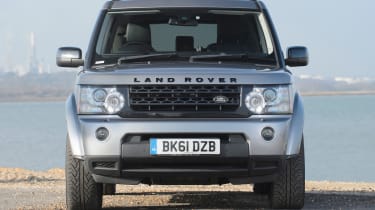 An all-new Land Rover Discovery reaches UK showrooms shortly, and as you’d expect it’s an impressive machine. But with prices starting at £43,495 you’ll need deep pockets; for rather less you could buy one of the outgoing models instead.

On the face of it the previous Discovery didn’t break new ground, because there had been seven-seat off-roaders before. Models such as the Mitsubishi Shogun and Toyota Land Cruiser could carry seven people while tackling some pretty extreme terrain.

But the Discovery 3 and 4 built on the luxury, refinement and unstoppable off-road ability of the 1989 original by adding extra practicality to give buyers the complete package. This is why the iconic 4x4 has racked up one award after another. 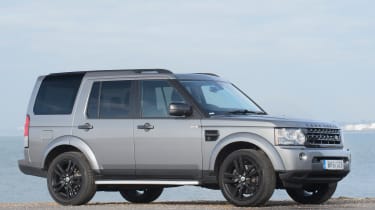 Initially there were standard S, SE and HSE trims; S was replaced by the XS and GS in September 2006. A cosmetic update was carried out in July 2008, then in September 2009 the Discovery 4 arrived with a 3.0-litre TDV6 engine, a new dash, redesigned nose and tail, plus improved electronics and a refreshed multimedia system.

The 2.7-litre engine was replaced in 2011 by the 3.0 SDV6, which offered more power and lower emissions, and featured a new eight-speed automatic transmission. 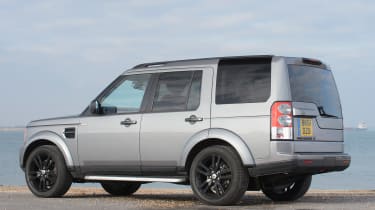 Continuous development brought a steady stream of improvements, so go for the newest car you can afford.

Cars with a manual gearbox are unusual and hard to sell, while V8 petrol models can prove a bargain if converted to LPG. But really you’re better off sticking with diesel. If you have a choice, opt for leather trim if possible; most buyers don’t want cloth.

The 3.0-litre engine has 36 per cent more muscle than the 2.7-litre unit, yet it’s more frugal, so aim for a Discovery 4 if you can; these later cars tend to be more reliable and have a much better interior, too.

Entry-level cars are surprisingly spartan, so buy a mid-range model such as an SE, although the top-of-the-range HSE is almost limousine-like.

Alternatives to the Land Rover Discovery

If you want true off-road ability and need seven seats, the Mitsubishi Shogun and Toyota Land Cruiser Amazon will fit the bill.

Both promise stronger reliability than the Land Rover, but neither can match the Disco’s sense of luxury, or its space in the third row of seats. The Volvo XC90 is more road-biased, but again doesn’t offer as much room in the third row; the same goes for the Audi Q7, BMW X5 and Mercedes GL.

While all of these German cars are luxurious and serve up a decent balance of fuel economy and performance, they simply can’t match the versatility of the Discovery, let alone its off-road ability.

The Q7, X5 and GL are all very desirable, but as you would expect in this market, running costs will be high. 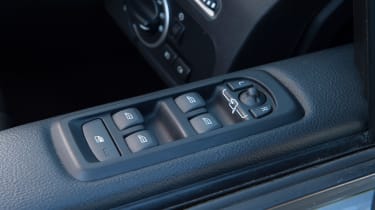 Any of the electrical items can play up; particularly troublesome are the rear wiper motor, the central locking and windows. 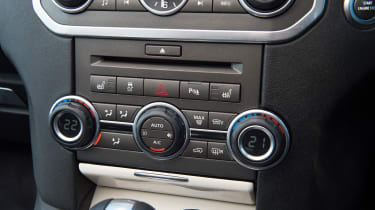 Air-conditioning and climate control systems can suffer glitches due to faulty sensors, compressors and corroded pipes. 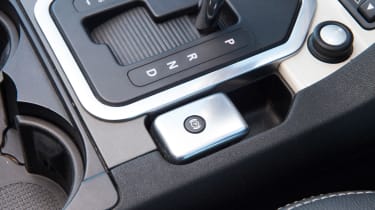 The electronic parking brake doesn’t always hold the car securely, usually because of a build-up of brake dust and dirt. 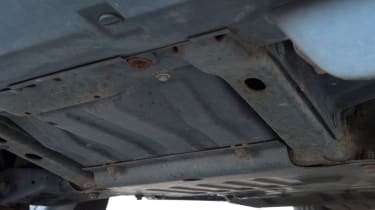 Check underneath the engine, gearbox, transfer case and differentials for drips, because oil leaks aren’t unheard of.

The Discovery 3 has to be serviced every 12 months or 15,000 miles, while the Discovery 4 requires maintenance annually or every 16,000 miles.

The biggest service is the seventh (at £1,260); this includes the cost of replacing the timing belt. Prices for the other services range from £436 to £1,155, although a large network of independent specialists will be able to trim maintenance costs by hundreds of pounds.

The Discovery 3 has been recalled eight times and the Discovery 4 seven times. The first campaign (November 2005) was because the wrong type of jack was supplied, and the most recent action came in June 2016 over faulty airbags on some Discovery 4s built the previous month.

The Discovery 4 came 26th in our Driver Power 2016 satisfaction survey – impressive for an SUV launched in 2009 that was a facelifted version of a car introduced in 2004. It ranked second for ride quality and practicality, plus sixth for seat comfort, but only 150th for running costs and 108th for reliability.

There's no shortage of seven-seat SUVs on the market these days, but none has the Discovery’s depth of talents.

Not only can it accommodate seven adults in comfort, it can also travel at high speed with refinement. And while earlier Discos could be far from dependable, the latest examples of the outgoing model are much better – although there are still quite a few weaknesses. Even cherished examples will cost plenty to own, so although the Discovery 3 and 4 are brilliant cars, running one on a shoestring simply isn’t an option.