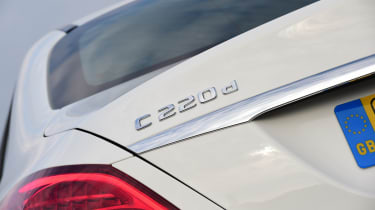 There’s little between the AMG models from a running costs perspective – Mercedes claims up to 29.1mpg for the six-cylinder C 43 saloon and 26.2mpg for the eight-cylinder 63 S badged models, with 221g/km and 247g/km CO2 emissions, respectively.

The most economical models by far are the two plug-in hybrids. The diesel-hybrid C 300 de claims to have economy figures of up to 217.3mpg and emissions ratings of 32g/km of CO2, while the C 300 e returns a claimed best of 176.6mpg combined along with 33g/km of CO2.

All powertrains take a slight economy and emissions knock if you opt for the estate body, given the extra weight of the more practical rear end. The coupe’s figures are remarkably close to those quoted for the saloon. Like the estate, the heavier cabriolet model is not quite as frugal or clean. 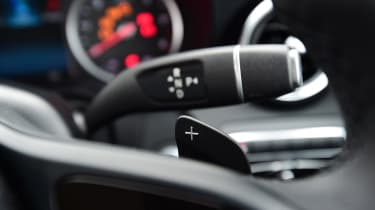 The entry-level C 200 occupies groups in the low 30s depending on your final specification, while the more powerful C 300 starts from group 37. The AMG versions will cost quite a bit to insure as they sit  in groups 41 to 49.

Our latest data suggests that the C-Class is no longer quite the value holder it once was, with the true volume sellers – the C 220 d and C 200 saloons – likely to hold on to between 36-42% of their value over three years and 36,000 miles, depending on what specification you opt for.

Generally, the three other body styles the C-Class is offered in fare better, with coupe and cabriolet variants expected to hold on to their value the best. For example, a C 200 AMG Line Coupe is predicted to retain 50% of its value over three years.