The MINI Clubman scored a four-star safety rating when Euro NCAP tested it in 2015, which means it trails most of its main rivals. While the Clubman scored well for the protection it affords adult occupants (90%), 68% pedestrian protection and child occupant scores let it down slightly, and a 67% score for safety tech isn't that great, either.

The Clubman does benefit from BMW's excellent build quality, plus the materials used are all superb. Front and side airbags come as standard, as do curtain airbags which extend all the way back in the Clubman to account for its increased length.

While the Clubman sells in too few numbers to appear in our Driver Power survey, the standard hatch has appeared in the past, but usually in a position no higher than the middle of the table. MINI as a manufacturer didn't fare too well in the 2020 poll, finishing 26th out of 30 brands, although this was one place ahead of parent firm BMW. 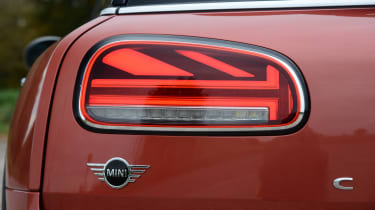 Owners rate their MINIs highly for their engines and gearboxes, while ride, handling and reliability also scored well, MINI owners had less positive things to say about the interior design and comfort on offer in their cars.

The Clubman, like the rest of MINI's range, gets the same three-year unlimited-mileage warranty parent company BMW provides with all its new cars, which is slightly better than some rivals, which put a mileage limit on the warranty cover.

MINI offers its TLC servicing pack on the Clubman, which costs around £300 and covers servicing for three years or 36,000 miles. This is fully transferable if you decide to sell your Clubman on, while MINI also offers MoT Protect which covers the costs of any repairs to get your car through its first MoT.

Service intervals on the Clubman are determined by the on-board electronics, which show the status of components and fluids via the central display. This should work out to an annual service, although a light on the dashboard and message on the trip computer will advise when a service is necessary.