The Clubman is around £3,000 more expensive than the five-door MINI hatchback, but it’s worth remembering that the Clubman is a rival for the VW Golf, so is priced to compete with a larger class of car.

Most buyers are likely to go for the petrol Cooper which returns up to 44.1mpg in the latest WLTP test, and emits 127g/km.

An eight-speed auto adds an extra to the Clubman's price and has a marginal impact on economy, so if you’re doing a lot of urban driving it may be worth the extra outlay. It’s a particularly effective unit that’s smooth and boasts quick changes. 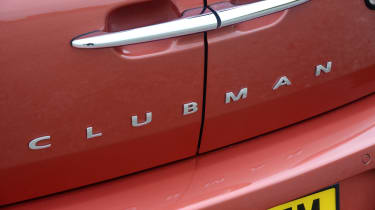 Those after greater performance are well catered for by the Cooper S. It's powered by a 187bhp 2.0-litre four-cylinder turbo, which gets from 0-62mph in 7.2 seconds and returns up to 40.4mpg, or up to 42.2mpg for the auto version.

With modest power outputs and reasonable list prices, the Clubman attracts relatively low insurance groups. The range starts in group 20 for a Cooper Classic, climbing to group 27 for Cooper S models in Exclusive trim. The powerful JCW model occupies group 40 and will be considerably more expensive to insure than other models in the range.

MINIs typically have strong residual values, but the Clubman's depreciation can vary significantly depending on how you specify it. Over three years and 36k miles, you can expect the Clubman to retain between 41-46% of its original value.