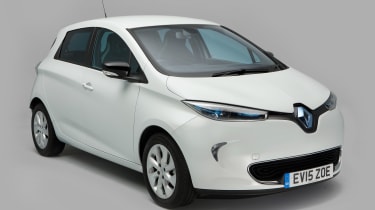 The ZOE is not the only electric car on sale, but for most people, it’s the only one that really makes sense. It balances affordability with usability. If you’re in the market for a recent model, talk to your local Renault dealer. With keen deals available you might find you can get a similarly priced new one, as an outright purchase or on a PCP. As with any EV, the ZOE won’t suit everybody, but many owners have bought one as a second car, only to find it quickly becomes their main one.

Even though electric cars have been around since the 19th century, they’ve only started to become viable as everyday transport within the last few years.

Not convinced? Then bear in mind that the top two cars in this year’s Auto Express Driver Power satisfaction survey were battery-powered (the Renault ZOE and Tesla Model S). These vehicles prove that EVs can be great to own, whether it’s for performance, economy or safety reasons – when Euro NCAP crash tested the ZOE in 2013, it claimed the EV was the safest car in the supermini market. 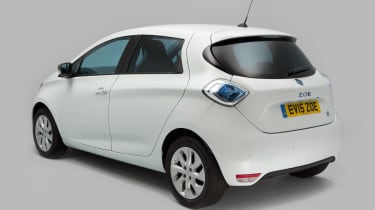 With the earliest ZOEs now three years old, they can make cracking used buys. Here’s why you shouldn’t be afraid to go electric.

The Renault ZOE was first previewed as a concept back in 2005, but it wasn’t until 2013 that it finally arrived. It’s still in its first generation, and it’s this model that we’re focusing on here. 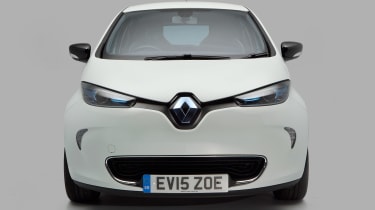 A range refresh in July 2015 brought a more efficient electric motor that increased the potential range from a single charge to 149 miles (from the previous 130 miles). Trim levels were revised at the same time, to Expression Nav, Dynamique Nav and Dynamique Rapid Charge, with the latter featuring the original, less efficient motor.

The most affordable Renault Zoe models are priced at around £5,000.

Nearly every car on the used market comes with the cost of battery leasing on top of the purchase price, but there are ZOEs available which include the battery pack, at a hefty premium. If you buy one of these, you’ll have no extra monthly costs to pay, although they’re few and far between.

All ZOEs have an automatic transmission and five doors, so what separates them is the spec and colour. The entry-level Expression gets climate control, cruise control, a multimedia touchscreen with navigation, plus electrically heated and adjustable door mirrors. Dynamique Zen adds rear parking sensors, powered windows front and rear, upgraded hi-fi and alloy wheels. The Dynamique Intens comes with a rear parking camera, too.

Alternatives to the Renault ZOE

The closest electric rival in terms of price is the Nissan Leaf, which starts at around £5,500 for a car that’s older and has covered more miles. The Nissan is slightly bigger than the Renault, and until spring 2013, the Leaf came with batteries included; it was at this point that a battery lease option became available.

Renault’s Fluence is also priced from around £5,000, if you can find one; it’s bigger than the ZOE and offers potentially very cheap motoring, although there’s only a leasing option on the battery pack. 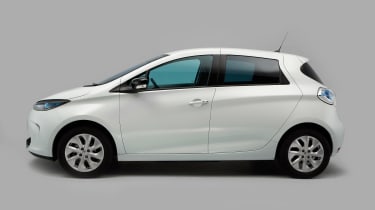 Other than that, there are numerous petrol, diesel and hybrid superminis to consider – you’re spoiled for choice.

Replenishing a ZOE’s batteries takes between 30 minutes and nine hours, depending on the type of charger you’re using. A full charge should only cost £3 in electricity.

There’s a can of sealant and a compressor instead of a spare tyre. The sealant has a use-by date; the RAC alternative has no use-by date. 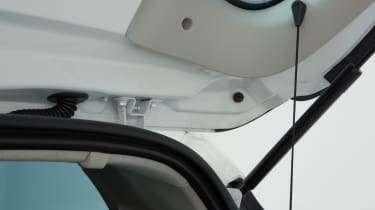 Metallic rattles from the rear of the car as it’s driven over bumps are probably down to play in the tailgate’s locking mechanism or its hinges.

Renault states that you’re not supposed to change a ZOE wheel yourself, in case the battery pack (which sits under the car) is damaged when you jack it up.

The ZOE’s cabin is conventional but modern, and very easy to use. Lightweight materials make it look a bit cheap in places, but the seats are comfy and rear headroom is good, although legroom isn’t great. With the seats up, the boot can stow 338 litres; this increases to 1,225 litres when they’re folded. 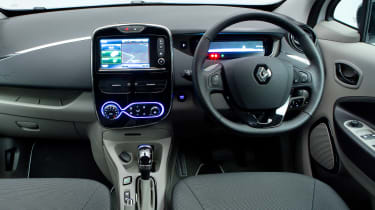 All ZOEs need to be serviced every 12 months or 18,000 miles. Check-ups alternate between minor and major, and cost £79 and £160 respectively. The minor service looks at the car’s various systems and brings a new pollen filter; the major one consists of some fresh fluids, a replacement pollen filter and a full check of the ZOE’s functions, including the brakes. Brake fluid needs to be replaced every four years or 72,000 miles (at £39).

Incidentally, not all Renault dealers can service the ZOE, so you may have to travel further afield. Renault also offers an online running cost comparison calculator at http://ZOEcostcalculator.renault.co.uk where you can compare your existing car with a ZOE.

Since the ZOE reached UK showrooms in June 2013, Renault has issued eight recalls relating to cars built from that date on. They covered brake fluid leaks and seatbelts unbuckling, as well as brake servo failure and the front anti-roll bar coming adrift on the Clio, Twingo, Megane, Captur, Kangoo and Kadjar. 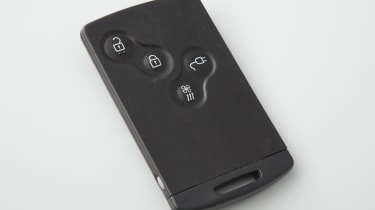 Encouragingly, so far the ZOE hasn’t been called back once, so you can focus on a potential buy’s condition and ensuring it has a full service history.

Jumping from fifth in our Driver Power 2015 satisfaction survey to second this year bodes well for the ZOE. The only low scores in 2016 were for reliability and build quality (106th and 80th respectively), but top five rankings for ease of driving, running costs, performance, in-car tech plus ride quality are very impressive.