The Saab 9-3 saloon is good value but is feeling its age. 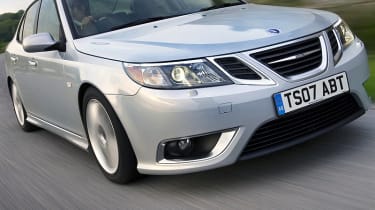 Driving The front-wheel-drive 9-3 does not feel state of the art from behind the wheel. It was facelifted in 2007, but as the company points out the 9-3 has a five-star Euro NCAP crash test rating, there really was no need to change its underpinnings. However, although it is comfortable enough, there’s no disputing the fact that rivals offer great handling and better body control. Mechanically though, there is a highlight – the twin-turbo 1.9-litre TTiD. The smaller turbocharger minimises lag and provides great throttle response, while the larger one helps it produce 400Nm and 178bhp. It’s smoother than the single-turbo 1.9-litre TiD, but can still get raucous when pushed hard. As with all Saabs, the manual gearshift is rubbery, too. The four-cylinder petrol alternatives are feeling their age now, but the 2.8-litre V6 turbo is an impressive performer.

Marketplace The facelifted 9-3 is very much of the nip and tuck variety. The biggest changes came at the front, with a distinctive eyebrow light across the top of the main lamp. Elsewhere, there’s a cleaner look, and the new ‘ice-white’ tail lamps are stylish. Offered in saloon and Sport Wagon estate guises, the Saab offers a less expensive premium alternative to a BMW 3-Series or Audi A3. A line-up of fleet-focused Airflow, Linear SE and Vector Sport models are easy to follow, but while there’s a large range of engines, it’s the TiD 120 and 150 units that sell most strongly.

Owning A new interior in 2006 still didn’t raise quality levels to the standards of rivals, and while it did reduce the button-count, some of the switchgear still appears dated. The soft seats offer excellent long-distance comfort though, and ergonomically, the safe Saab is intuitive to use. Furthermore, while rear legroom is not particularly generous, the saloon’s boot is decent and the Sport Wagon’s cargo area is well thought out. Cleverly, the middle section of the floor can be folded upwards and used to prevent shopping bags from sliding around. Equipment levels also impress, and the 1.9-litre diesel variants prove economical – more so than the slightly thirsty petrol units. Where the Saab’s sub-premium status shows is in retained values, though. They’re simply not as good as those of its German competitors. 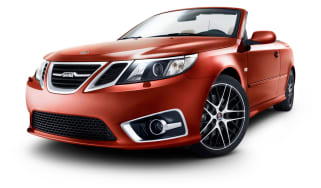 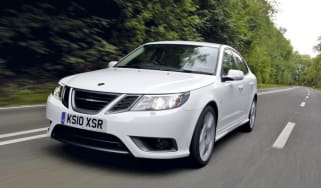 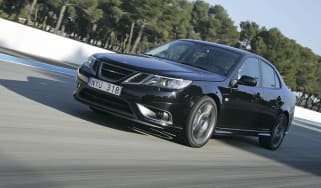 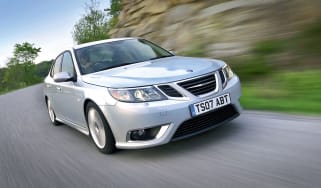 Restyled rather than all-new, the Saab 9-3 is still a good option if you want something different.
Saab 9-3 (2007) review 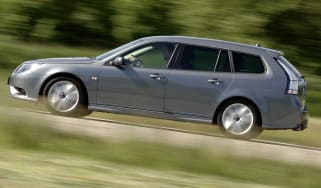 Saab has excellent safety and decent handling but is perhaps not as dynamic as its German rivals.
Saab 9-3 (2006) review 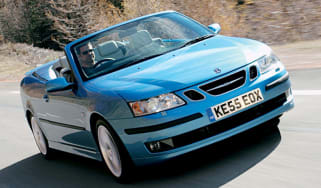 The well rounded 9-3 Cabriolet is a capable alternative to modern, metal-roofed opposition
Saab 9-3 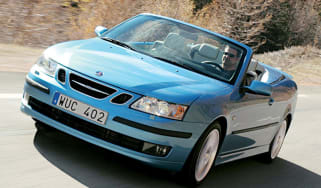 Drop the hood, don the sunglasses... and cover your ears. That's what drivers might expect to do in a diesel convertible
Saab 9-3 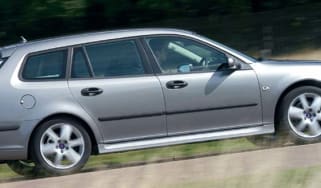 Times aren't good for Saab. The Swedish firm has struggled to turn a profit over the past few years, and its fortunes have floundered under the owners…
Advertisement
Saab 9-3 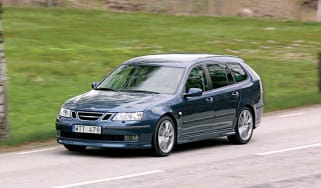 Given that Saab has not launched any new cars in the UK for nearly two years, you could be forgiven for thinking the Swedish firm might be going the s…
Saab 9-3 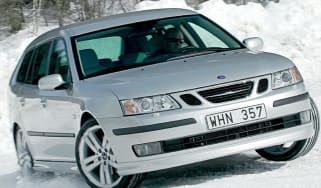 One of the hottest stars of the Geneva Motor Show received a surprisingly frosty reception - but then it was minus 10 degrees Celsius outside! Auto Ex…
Advertisement
Saab 9-3 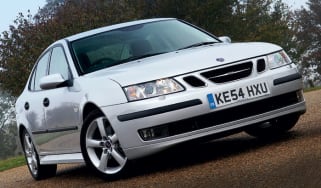 Sporty diesels are proving to be very popular additions to manufacturers' ranges these days, so when Saab announced the arrival of its latest 9-3 TiD …
Saab 9-3 (2004) review 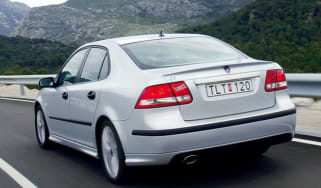 No car maker can succeed today without a top-quality diesel engine in its line-up.
Saab 9-3 Sport-Hatch 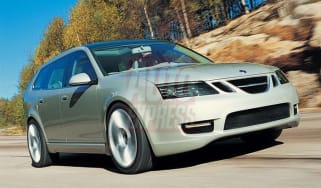 There's an atmosphere of real excitement and expectation as Saab's engineers and designers gather at our photo location for the arrival of the 9-3 Spo…
Saab 9-3 2.0t HOT Aero 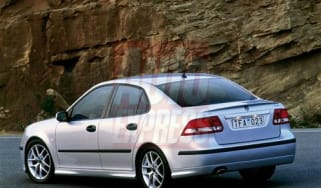 Turbos have long been a Saab trademark. In 1977, the Swedish firm became an innovator when it unveiled the 99 Turbo - the first really successful blow…
Advertisement
Saab 9-3 Vector 1.8t 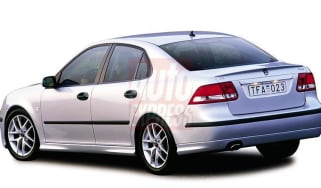 If you're someone who wants to be different from the pack but not considered weird or eccentric, expect a call from your local Saab dealer.
Skip to HeaderSkip to Content