The Volvo XC40 T4 sits between the entry-level T3 and the pricey T5, but is it the pick of the petrol-engined options? 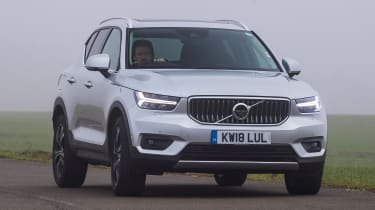 The Volvo XC40 remains one of our favourite compact premium SUVs, and this T4 version is the sweet spot in the petrol range. However, despite the decent performance, the comparatively thirsty engine makes it a tough sell alongside talented petrol rivals. The D3 diesel engine is still our top pick.

Buyers are spoiled for choice in the compact premium SUV sector, and the Volvo XC40 is our favourite of a very talented bunch. More stylish than an Audi Q3 and more relaxing to drive than a BMW X1, it’s proof that Volvo offers something unique in this class.

We loved the diesels, but in entry-level T3 spec it simply failed to excite. The T5’s availability in only the highest trim levels made it just too expensive, too. So does this T4 model – as the middle child in the three-strong petrol range – make the most sense?

This engine variant is offered in every XC40 trim: Momentum, R-Design and Inscription, as well as their respective ‘Pro’ model lines. Prices start from £32,770 in Momentum spec, climbing to £38,820 in Inscription Pro guise. 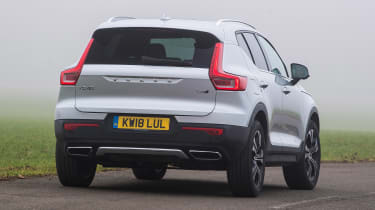 All models come with cruise control, LED headlights, heated door mirrors, a 12.3-inch digital driver’s display, and a nine-inch touchscreen sat-nav. Apple CarPlay and Android Auto is a £300 option on all models, which seems a little mean at this price point.

Under the bonnet there’s the same 2.0-litre four-cylinder unit found throughout the Volvo line-up. Here it produces 187bhp and 300Nm, pitching it squarely against the BMW X1 sDrive20i. Unlike the BMW, which is offered with a choice of front or four-wheel drive, the XC40 T4 is four-wheel drive only.

In the move, it’s a vast improvement over the smaller T3 petrol. While it doesn’t quite have a pleasing rasp of the X1’s engine – it can sound a little strained when revved hard – it’s nicely hushed at a cruise. In terms of straight-line speed, there’s little to split the two; the Swede’s 0-62mph time (8.5 seconds) is more than competitive enough.

Both aspects are helped by the eight-speed automatic gearbox: shifts are slick and, in contrast to Audi’s jerky dual-clutch box, remains obedient during low-speed manoeuvring. The only oddity is the manual override’s sideways shifts - the counterintuitive layout takes some getting used to. 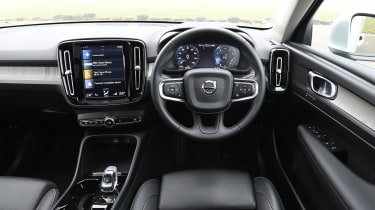 The T4’s driving experience is as we’ve come to expect from Volvo in recent years. Avoid the 19-inch wheels on our test car and the ride sits towards the smoother end of its class. The handling is secure, too, but can’t offer the sharpness or agility of the sportiest rivals – and while the steering is light and precise, there’s very little feel. It therefore feels like a car at its best when driven at a more relaxed pace.

Regardless of trim, the cabin is a wonderful place to sit. It’s heavily inspired by the larger XC60 and XC90; the gorgeous portrait oriented touchscreen flanked by a pair of tall air vents. The colour options make it look a little more funky, though – the option of bright orange carpets (better judged than they sound) not only set it apart from other Volvos, but offer a much more lively alternative to the more subdued German alternatives in the segment.