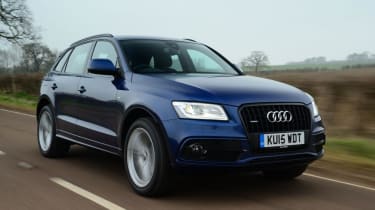 Buyers couldn’t get enough of the Q5 when it was launched, and at one point Audi’s SUV was so popular that it was among the slowest-depreciating cars on sale. Now the earliest models are more than a decade old and, with a second-generation version currently in showrooms, things have calmed down. You’ll still have to pay a surprising amount to secure a Q5, though, and running costs tend to be high. As a result, this is very much a premium option, so if your budget is tight the chances are that you’ll be stretched should you take on a Q5. It’s a great used choice providing you can afford to buy and run one. The blend of build quality, performance, usability and economy makes it an excellent family car.

Audi can trace its roots all the way back to 1910, but it wasn’t until almost a century later, in 2006, that the German manufacturer built its first SUV. That was the gargantuan seven-seat Q7, which attracted excellent reviews from most quarters.

But the Q7 was too big and too costly for many buyers, so the brand duly obliged with the Q5, which was launched two years later.

If the Q7 had been impressive then the Q5 was even more so, because it was pure Audi right the way through. This meant there was a choice of efficient engines, safe (if unexciting) dynamics, superb build quality and decent practicality. The model was also a handsome machine and, despite its advancing years, the Q5 still looks smart. But does it make a good used buy? 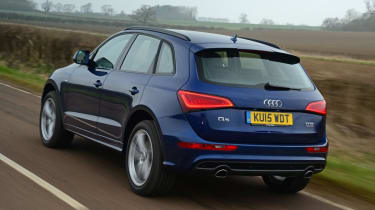 A facelift in October 2012 brought minor styling tweaks, standard stop/start across the range and more power for the TDI and 2.0 TFSI engines. At the same point the 3.2 FSI engine was dropped and the 310bhp SQ5 arrived. This had a tuned 3.0 V6 TDI engine that, in early 2016, was joined by the 335bhp SQ5 Plus. 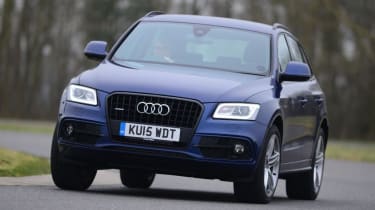 The manual and automatic gearboxes are all excellent, but the former is more reliable. Kit levels are good, because even entry-level models have climate control, 17-inch alloys, electric windows all-round, plus heated and electrically adjustable door mirrors.

Alternatives to the Audi Q5 Mk1

The Q5 had such a long lifespan that its rivals changed over time. At first, the most accomplished adversaries included the Land Rover Freelander, BMW X3 and Volvo XC60. While the Freelander is the best of the bunch for off-roading, its cabin isn’t as special, and it’s not as good on the road. You might prefer to take a look at the Range Rover Evoque, which came along later.

BMW’s original X3 is outclassed by the Audi in most respects, yet the second-generation version, which was launched in 2010, makes a much more convincing alternative. The XC60 is a safe, well-equipped, spacious and stylish option, while the more affordable Volkswagen Tiguan is strong, practical and well built.

Later rivals include the Mercedes GLC and Land Rover Discovery Sport, both of which are excellent all-rounders.

Creaky front suspension is usually down to worn ball joints, which can result in vague steering. Look out for this on test drives.

The Q5 rides firmly; wheels bigger than 18 inches, fitted with low-profile tyres, can be uncomfortable. These were popular options, though.

On cars that are regularly jetwashed, the paint can come off the wheelarch lips, leading to corrosion. Inspect potential buys for imperfections.

The manual gearbox can be notchy in its changes, while the S tronic auto can suffer from costly control unit failures. 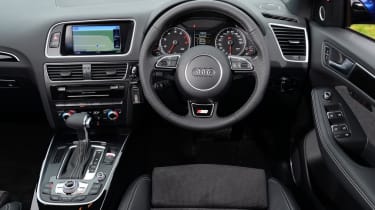 Early cars are now feeling dated, but all Q5s have a clearly laid out dashboard and an interior that should have aged well thanks to the use of premium materials. Cabin space is good rather than class-leading; there’s lots room for four adults, but it’s tight for five. It’s worth finding a Q5 with a glass roof because this brightens the interior. Boot space is 540 litres with the seats up, or 1,560 litres if they’re folded. 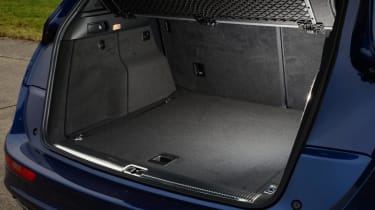 The Q5 took ninth place in our Driver Power 2018 used car survey, which was impressive for a model launched more than a decade ago. The low spot was the running costs, which owners said were too high. Reliability was merely okay, while safety kit fell just outside the top 10. Yet exterior fit and finish, interior design, practicality, ride/handling and connectivity all finished in the top 10.