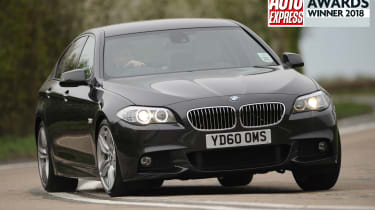 The current BMW 5 Series is the best car in its class, thanks to its ride and handling. And the same is true of the previous-generation car on the used market.

Its comfortable ride, economical engine in 520d form and smooth eight-speed automatic gearbox are the secrets to the F10 5 Series’ success, and it fulfils the used executive car brief brilliantly. It’ll be easy to drive on the daily commute (especially with an automatic gearbox as we’ve picked out here), versatile as a family machine and one of the most enjoyable executive saloons to drive out there. 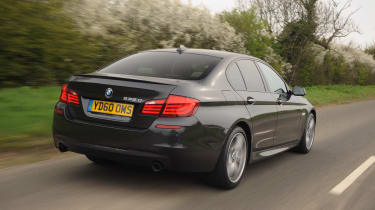 The 181bhp 2.0-litre diesel engine in the 520d isn’t as refined as more modern examples, but it’s not that raucous either. You’ll only really notice it intruding into the quiet cabin when you push it hard. That’s not too much of a chore, though, because it’s punchy and delivers enough performance to have fun on a country road, while the gearbox is a brilliant match.

The 5 Series’ fine handling also helps. The steering is the best of any car of a similar age, as the weight is perfect for the BMW’s size and agility. That’s made all the more apparent thanks to the grip on offer. The 5 Series is great on a motorway trip, but turn onto a twistier, narrower road, and the BMW comes alive.

BMW’s evolutionary styling philosophy means that even if you go for a 2013 model, it doesn’t look too dated, and while the infotainment system is a little old, it’s still easy to use. These points are true of any of the BMW’s rivals of this age, too. 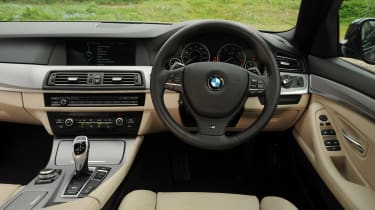 There are many high-mileage examples on the market at very affordable prices, but we’ve gone for one with a middling 70,000 miles in SE trim, which should have plenty of life left in it yet.

On the road: It’s a fine cruiser, but the 5 Series comes alive on back roads and is great to drive.

Interior: Decent kit is on offer even in SE trim, while iDrive controller is an easy system to use.

Many business cars are leased, so it’s a sound way to gain access to a second-hand executive saloon such as the 5 Series.

It’s more than five years old so PCP in this case isn’t possible, but with leasing costs of £304 a month based on the usual three-year deal with a 10 per cent deposit, it’s affordable. If you can run it as a business asset and are VAT registered, you’ll get the cost back. 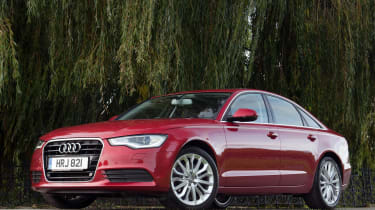 The A6 is nearly as much of a bargain as the 5 Series, and is a quiet and comfortable cruiser. The Audi isn't as good to drive as the BMW, but interior quality is great and the economical diesels keep running costs low. 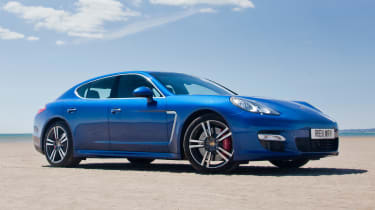 A budget of around £23,000 sees a surprisingly wide range of used Panameras available. Budget for pricey running costs and you’ve got a fast and luxurious Porsche for less than a new family hatchback.