The 50th anniversary CES was the largest show yet with the biggest representation from the automotive industry, but why? 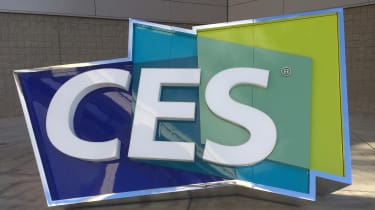 CES 2017 marked 50 years of the world’s biggest tech show and for the car industry this was the most important show yet, with nine car makers displaying their visions of the future.

Technology has been creeping into our cars for years but the overriding impression at CES in 2017 was that the worlds of cars and tech really are poised to become one. It wasn't just autonomous driving and next-generation vehicle safety systems, CES revealed the ways in which our vehicles will integrate with our phones and our homes, enhancing the way we live our lives.

It's exciting stuff for any car fan or anyone who loves technology and CES 2017 was full of innovation to make you think that the future can't come soon enough...

It began 50 years ago in New York with just 117 exhibitors and 17,000 attendees, mainly as a show for manufacturers and retailers, and has now grown to almost 4,000 exhibitors and more than 160,000 attendees including Government officials and industry executives.

Over the last half century, 700,000 new products have launched at CES making it the largest innovation event in the world. Where car manufacturers are concerned, the number of new product reveals at CES has grown rapidly over the last five years or so. In 2017, vehicle technology exhibits spanned 200,000 square feet of the show floor with 135 different exhibitors - an increase of 121 from last year. 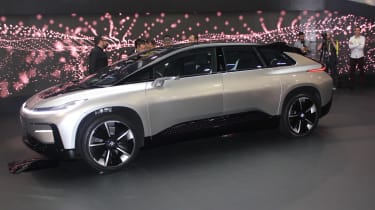 And while automotive products and tech such as car audio or sat navs have always had a place at CES, it’s only now that car manufacturers are starting to show real desire to take a leading role at the event. For example, Nissan was a CES debutant this year with CEO Carlos Ghosn making a keynote address. You can bet that the nine car makers in attendance this year will grow further in years to come.

The burgeoning desire from the automotive industry to be part of CES, and the technology world generally, is driven by necessity. The dawn of autonomous vehicles, advanced infotainment systems and connected interiors, mean motoring has never been so closely aligned with technology. Customers demand cars that operate with the slickness and simplicity of their handheld devices and any car manufacturer that doesn't keep its finger on the tech world's pulse risks falling behind.

And that was highlighted during the CES show by the number of partnerships announced between traditional tech companies and manufacturers - like Audi and NVIDIA. Car manufacturers are teaming up with the best in the business to make sure their products stay ahead of the game.

CES and cars of the future

It's a trend that's only set to grow, too, with CES 2018 already promising to showcase more on connected cities and the “smart” world with which our cars will integrate. 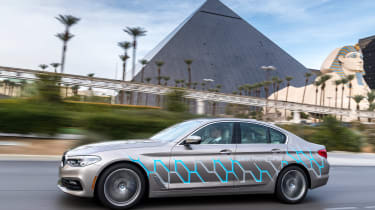 Gary Shapiro, CEO of the CTA, underlined that we are in a critical transition period for consumer technology with the Internet of Things including virtual reality, voice recognition and artificial intelligence. He stressed that the tech and automotive industries were increasingly merging to become one and the same.

He explained: “It’s about connectivity in mobility, with 5G tech it means we will have connectivity in the home and on the go. I think automotive is a part of the story of connectivity and we are seeing increasingly connected cars.

“Vehicle technology is making cars safer and more connected and I think car companies and Government are driving to work towards that.

“It’s not just about cars, though, it’s about other modes of transport. Connected cities will be a key focus of CES 2018.”

So CES has become another key event on the global automotive calendar and the car brands that haven't shown an interest yet are almost certain to join the Las Vegas party in years to come. We can't wait to see where this strengthening partnership between the technology and automotive worlds takes us.

What did you think of the 2017 Consumer Electronics Show? Leave us a comment below...