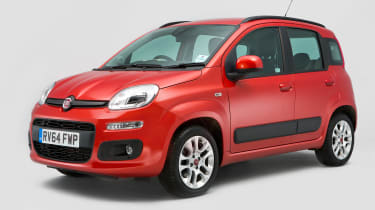 Fiat has enjoyed great success with the 500, but the Panda shows the brand has got more than one great city car on its books. When it comes to practicality on a budget, the Panda is a star, and while prices are low, this hatch is more fun than you’d imagine. Even entry-level cars are good, but aim higher if you can. And if you want to keep moving in the winter but don’t fancy an SUV, a Panda 4x4 offers surprisingly cheap mobility.

You don’t need power and luxury to create a great car – and the Fiat Panda is proof. It’s fun, frugal and represents motoring at its most basic, but also offers a feelgood factor that’s absent in many more expensive models.

Fiat’s forté has long been producing great small cars, and the original Panda of 1980 was exactly that. So too was the second-generation model, which was awarded our coveted Car of the Year title after its launch in 2003. But the Panda Mk3, introduced in 2012, is the best yet.

The Fiat Panda has been on sale since 1980 and now, over 35 years later, it's in its third generation. It's this latest Mk3, which has been in showrooms since 2012, that we’re focusing on here. 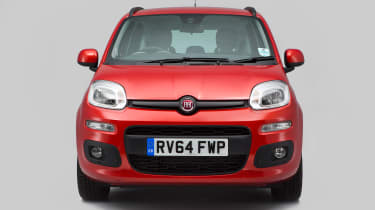 The Panda arrived in February 2012, with 875cc TwinAir or 1.2-litre petrol engines, along with a 1.3-litre MultiJet diesel. Initially, it was only available in front-wheel drive, but the Panda 4x4 joined the range in January 2013.

In normal use, the front wheels are driven, with the rear wheels being fed power only when absolutely necessary. At the same time, the front-wheel-drive Trekking was launched with the 4x4’s rugged looks. Both the 4x4 and the Trekking came with TwinAir and 1.3 MultiJet engine options, as did the high-spec Fiat Panda Cross 4x4, which was introduced in October 2014.

The TwinAir comes in Easy and Lounge guises, while there’s also a Pop option for the 1.2 and 1.3 MultiJet. Both engines are available in the 4x4, Trekking and Cross Pandas. 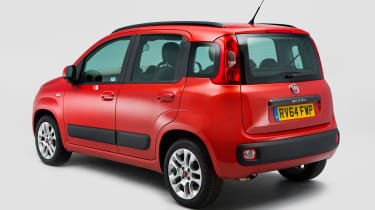 Alternatives to the Fiat Panda Mk3

The Volkswagen up!, SEAT Mii and Skoda Citigo revolutionised the city car market thanks to their tiny proportions and big-car feel. They’re not as practical as the Panda and you’ll likely pay more for them, though.

The Kia Picanto is another great small car. Posher versions are very well equipped and with the balance of a seven-year warranty, the Kia is an easy ownership proposition. The Ford Ka Mk2 provides cheap, compact transport, but lacks some basic safety kit (as do some examples of the Panda), while the Nissan Note offers reliability, relative practicality and a neat design.

As with the 500, the Euro 6-spec Panda 1.2 can suffer from a lack of power when attempting to pull away. A software update fixes this issue. 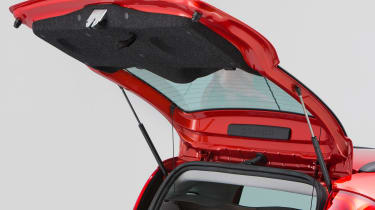 Check that the electronically controlled boot lock works as it should – it sometimes doesn’t. Fixing it means replacing the entire lock.

Some Pandas have suffered from a loud clutch or gearbox (it’s initially hard to work out which one is being noisy). The problem is down to a faulty clutch.

It’s not unusual for the Panda’s dashboard to rattle. It’s usually down to retaining brackets working loose, especially on the passenger side.

There’s little in the way of luxury in the Panda’s cabin, as some of the materials look and feel cheap, although there are a few smart design touches. Rear-seat legroom is tight, but the 225-litre boot is good and even better when expanded to 870 litres with the seats folded. 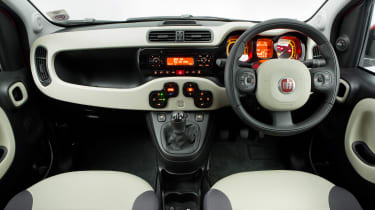 Both petrol engines have a cam belt, which must be renewed every five years or 72,000 miles for £375, while the diesel unit is chain-driven. Coolant is checked and dealt with at each service, but fresh brake fluid is needed every two years at £48. Fiat’s service plans allow you to pay monthly by direct debit, while cars over three years old are eligible for discounted, fixed-price maintenance.

While there were seven recalls for the previous-generation Panda, there hasn’t been any for the current model so far. Fiat has issued seven recalls across its current range  – two for the Scudo, one each for the Doblo, Punto van, 500C and 500L and one in December 2012 that impacted on much of the Fiat line-up. It affected the 500, Punto, Qubo, Doblo Panorama and Cargo along with the Fiorino, but didn’t cover the Panda.

The Fiat Panda Mk3 has slowly slipped down the charts since making its debut in 2014, and this year ranked 128th in our 2016 Driver Power survey. Running costs was particularly impressive in 23rd place, however reliability (93rd), road handling (96th) and ease of driving (98th) were the only others to make the top 100. In-car tech (129th) and seat comfort (146th) were disappointing.