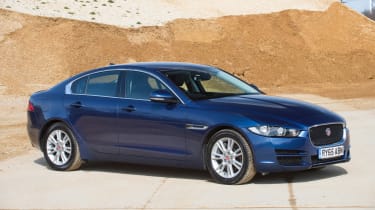 The XE has been crowned Best Compact Executive Car at our New Car Awards on three consecutive occasions (2015-17), and impresses with its sharp looks and even sharper handling. With its efficient engines, refinement and comfort, there’s lots to love about Jag’s smallest saloon. Practicality could be better – the rear seats and boot can’t match the room in some rivals – but the XE isn’t poor in this respect; it’s just beaten elsewhere. If you make a list of the pros and cons of the Jag, you will find some shortcomings. However, live with one for a while and you’re likely to forget these quickly, because this junior exec saloon is a fine all-rounder.

Jaguar has a rich history of building luxurious saloons, but when it has tried to cater for the mass market with smaller models it generally hasn’t done so well.

Indeed, before the XE arrived three years ago, the brand’s only real attempt at downsizing was the X-Type, which never sold as strongly as intended.

In the X-Type era the firm was owned by Ford, but since Tata took over a decade ago Jaguar’s approach has changed, and so has the market. The cars are better than ever but, with saloons falling out of favour as buyers migrate to SUVs, the XE competes in a shrinking segment that’s dominated by some very talented contenders – so should you consider buying one? 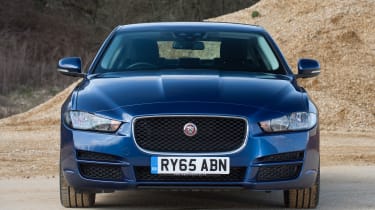 The first XEs were delivered in June 2015, and while there was a 335bhp supercharged 3.0-litre six-cylinder petrol edition (the XE S) topping the range, virtually all models featured an Ingenium four-cylinder 2.0-litre engine. The petrol version came in 197bhp or 237bhp forms, and the diesel was produced in 161bhp or 178bhp guises.

Just five months later revisions were announced, with a bigger 10.2-inch touchscreen becoming optional, plus four-wheel drive on the high-powered diesel engine, which could be selected with a manual or automatic gearbox.

We wouldn’t steer you away from any engine, and while both manuals and autos are good, most buyers want the latter. As a result, if you buy a manual XE you may have trouble selling it on later – and the petrol engine wasn’t offered with a manual in any case. 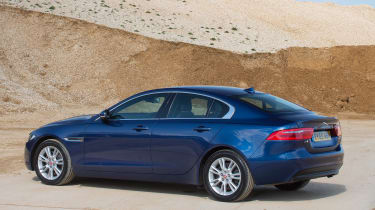 Alternatives to the Jaguar XE Mk1

Jaguar’s biggest problem is the existence of the Audi A4, BMW 3 Series and Mercedes C-Class, all of which are available with a wide range of engines and in saloon or estate form. They’re all well equipped, solidly built, safe and good to drive; while the Mercedes and BMW are rear-wheel drive, the Audi is front-wheel drive, although the latter two are available with four-wheel drive. Also consider the sharply styled Mazda 6 and the hybrid Lexus IS.

Multimedia system can be clunky, with Bluetooth connection giving the most problems. 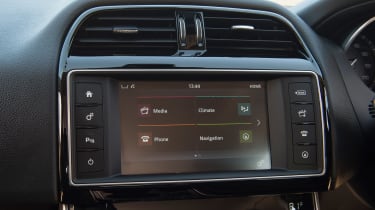 Issues with the stop/start can be caused by battery drain. Some owners use trickle chargers.

Poor weather sealing can cause the high-level brake light to fill up with condensation.

The XE’s cabin isn’t the most spacious in the class and there are some low-quality plastics, but it has an appealing design and is well screwed together. Its layout is intuitive, even if the infotainment system isn’t, and most cars have leather trim, which really improves the ambience. Boot space is disappointing, at 455 litres, and it’s awkwardly shaped as well. 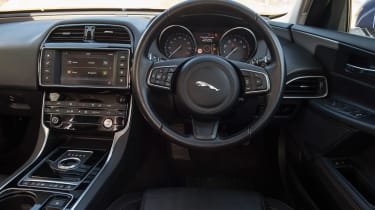 The XE has been recalled six times. The first was over problems with fuel leaks, the engine stalling and lost brake servo assistance. Seatbelt pre-tensioner failures led to the second and third recalls in May and December 2016. Fuel leaks brought the fourth and fifth in February and May 2017, while the most recent recall in October 2017 regarded possible instrument cluster failures.

The XE didn’t make it into this year’s Driver Power satisfaction survey, but it did rank an impressive 25th in the 2017 poll. Fourth place for ride and handling shows how good the Jag is to drive, plus owners rated the infotainment, safety features and running costs. They were critical of the car’s interior and limited practicality.