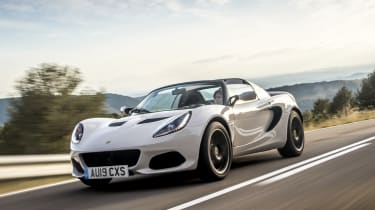 The Elise range has traditionally been populated by a host of different versions and special editions, but for now, with Lotus looking to announce an all-new model later in 2020, there is a streamlined offering of either the Sport 220 or Cup 250 - the latter possibly better suited to those who value extra downforce and on-track precision over everyday driving. 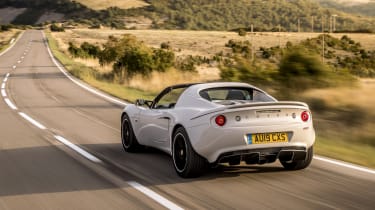 Both the supercharged, chargecooled Sport 220 and Cup 250 come fitted with a Toyota-sourced 1.8-litre engine as standard. It's not the most refined, powerful or sonorous engine fitted to a sports car, but with well under a tonne to haul around you're never short on performance or excitement.

The Lotus Elise was first introduced in 1996 and has come to represent everything that Lotus cars stand for. It's lightweight, stripped-out, agile and communicative, making it one of the finest handling cars on the road. All that performance and pin-sharp handling comes at the expense of practicality, comfort and refinement, though.

As an all-rounder we'd suggest the Elise Sport 220 is the one to go for, but if you’re a competitive soul and like flexing your muscles on track, then the Cup version could well tempt you.

The Lotus Elise is available with a 1.8-litre, four-cylinder engine in two states of tune. The Sport 220 offers 217bhp, while the Cup 250 makes a stronger case for itself with 243bhp. Both have identical torque figures at 184lb ft, but the Cup 250 develops its pulling power lower down the rev range. Acceleration from 0-62mph takes 4.6 seconds and 4.3 seconds respectively, with the pair moving on to ample top speeds of 145mph and 150mph via the six-speed manual transmission. The Elise is also one of the few cars on the road with no power steering, which results in a fantastic accuracy and amount of feel through the wheel.

The lack of electronic interference means you become immersed in the driving experience and you feel everything the car is doing on the road. Add in its miniature proportions and the Elise is unquestionably one of the most precise and agile sports cars around. There's also huge levels of grip which gives you plenty of confidence if you decide to take it to the track. The Cup 250, in particular, is much more focused than its predecessor, weighing-in 14kg lighter. It also benefits from a comprehensive aero package, allowing the car to generate 148kg of downforce at 149mph - making for greater high-speed stability and keener turn-in.

Ride quality is pretty good for such a focused car and even the race-orientated Cup model delivers a surprising level of comfort. Hethel engineers have worked on the overall aural appeal of the Elise with a new exhaust system fitted as standard, but wind and road noise remain a big problem, so longer journeys can become a little uncomfortable.

Go for the standard Elise and the relatively small engine and lightweight body mean fuel economy is a credible 36.7mpg. The more extreme Cup 250 is equally as surprising, with supercar performance but a fuel-sipping 36.2mpg figure. CO2 emissions aren't bad either, at just 174g/km and 177g/km. A warranty covers the car for three years and unlimited mileage while the chassis is covered for eight years in total. That should help keep running costs down too. 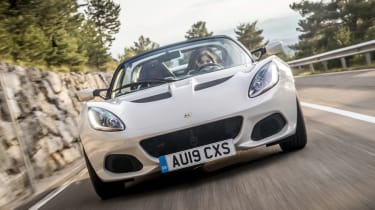 The Elise is low, compact and stylish. Its image and design have been subtly updated over the years, and it now features LED daytime running lights in the headlamp clusters, redesigned rear lights and a new front clam panel to freshen things up.

Opt for the Elise Cup 250 and the exterior receives a racecar makeover. A huge rear wing, side skirts, rear diffuser and front splitter are all included, while further use of carbon fibre, titanium and aluminium help reduce mass. The 148kg of downforce created by the aero package amounts to a 14% increase in the car’s weight at high speed.

On every model the interior is as Spartan as you might expect from such a lightweight car but it is pleasing to the eye. Build quality could do with being slightly better, though. The Sport 220 brings fabric sports seats, a leather-trimmed steering wheel and 16-inch front/17-inch rear cast alloy wheels, while the Cup 250 adds Alcantara interior trim, carbon-fibre sports seats and lightweight forged alloy wheels. The optional equipment list is vast, with air conditioning, Bluetooth and iPod connectivity, enhanced sound insulation and metallic paint all costing extra. 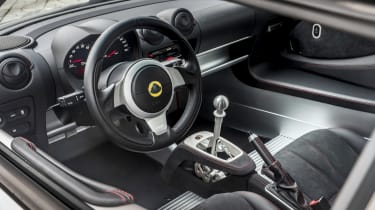 Look elsewhere if you need space for passengers and luggage

The Elise is an absolutely tiny car so practicality is very poor, in fact the only load area is just 112 litres. The cabin itself is also a tight squeeze, not to mention difficult to access in the first place. The car sits so low to the ground and the door sills are so wide that it'll take a few practice entries and exits before you look like a natural.

Lotus isn't famed for reliability but the Elise should be an exception; safety remains untested

It's fair to say that Lotus doesn't have the best reputation for reliability, but the Elise has always been very trouble free. The car is made from mostly plastic and aluminium so there has never been any problems with rust. In its more recent forms, the Elise is safer than ever with traction control and ABS fitted as standard. It hasn't been tested by Euro NCAP though, so there's no official word on how safe it really is. 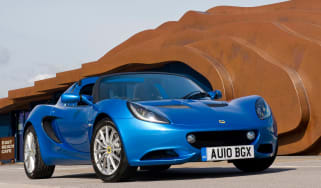 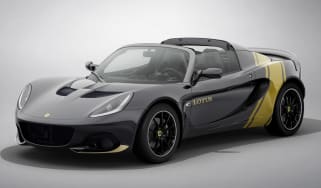 Four new limited edition versions of the Lotus Elise have been revealed, each an homage to the company’s motorsport heritage
Lotus Elise (2001–2011) review 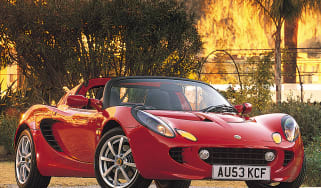 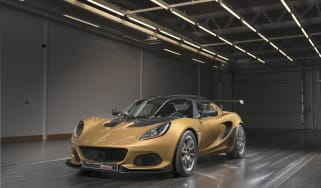 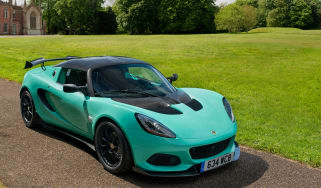 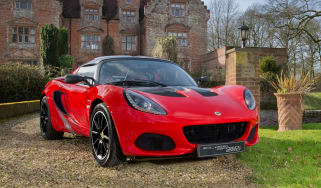 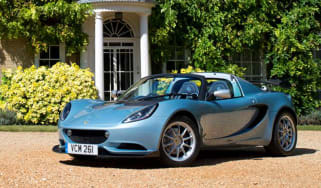 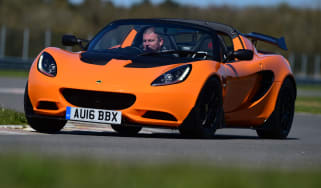 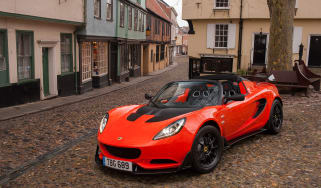 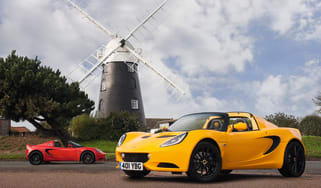 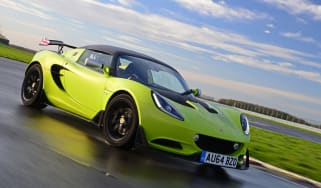 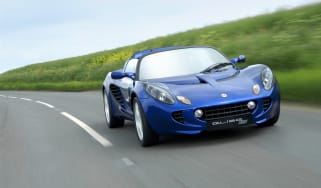 Who’d have thought one of the oldest models on sale would have the best residual value figure on the new car market?
Lotus Elise club racer’s italian job 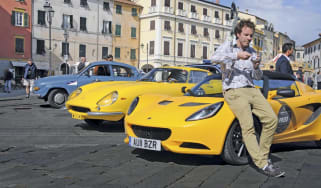 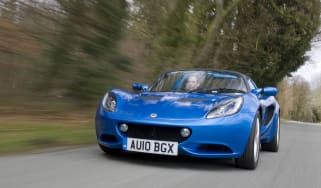 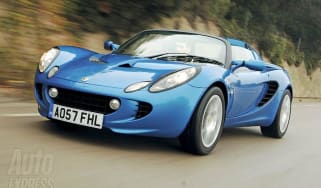 For pure driving thrills there is little to touch the lightweight Lotus Elise. Whether you’re planning to hit the road or attack a track, the Brit roa…
Lotus Eco Elise 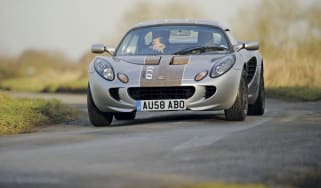 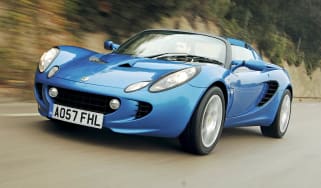 Thanks to the addition of a supercharger, Lotus have produced the fastest most powerful Elise yet!
Lotus Elise S 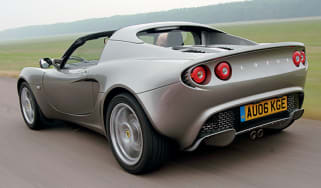 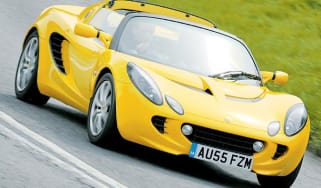 The little Lotus Elise keeps getting better and better. We find out how 2006's version compares to its predecessors
Lotus Elise 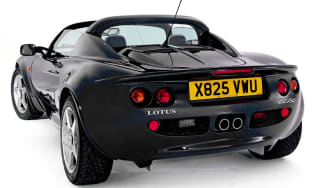 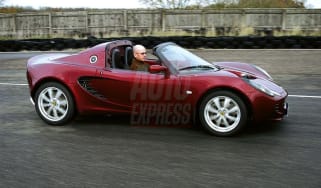 The waiting is over! After months of rumour and speculation, Lotus has finally pulled the wraps from its new Toyota-engined Elise - and Auto Express i…
Lotus Elise 111S 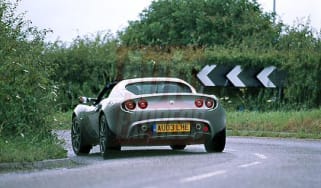 According to Lotus, out-and-out performance is no longer enough for buyers looking for an Elise. Die-hard fans love the agile two-seater as it is, but…
Skip to HeaderSkip to Content