Is the lighter and more powerful two-seater Lotus Evora 410 worth the extra money? 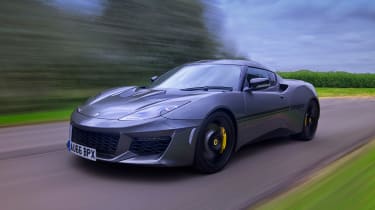 The Lotus Evora 410 is a car you can’t help but fall for as an enthusiast. It’s a lovely thing to drive, with monster performance, improved quality, a fantastic soundtrack and charisma served by the bucket load. It remains an eccentric (and expensive) decision beside a similarly priced Porsche 911, but in reality, there is nothing quite like it. This is a great car, in fact, and one that true fans will properly connect with.

Adding power, doubling downforce, improving the aero and removing 70kg from the kerbweight will always increase the performance and raw ability of any sports car. But when your starting point is the already excellent Lotus Evora 400, the results are likely to be spectacular.

Step forward the new £82,000 Lotus Evora Sport 410. Expensive it may be, but, according to Lotus, the 410 has been given a thorough working over, both above and beneath its new part-carbon-fibre skin. 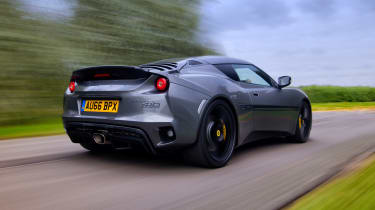 The big news is not necessarily the extra 10bhp generated by the supercharged V6. Instead, it’s the weight saving and the chassis enhancements that catch your attention. Taking 70kg out of a car is never easy, especially when that car is the already featherweight Evora 400. But after a strict diet, the 410 tickles the scales at just 1,325kg.

Elsewhere, its dampers have been retuned and the tyres uprated to ultra-grippy Michelin Pilot Sport Cup 2s, providing extra precision and performance, to a point where Lotus claims the 410 is three seconds quicker around its Norfolk test track than the 400.

On the road, the Lotus feels unceasingly sporty, but still civilised. Its ride is excellent, while the exhaust note is louder and more delicious when fitted with the £5,500 optional Titanium exhaust system. And despite the new wider front tyres, the level of road noise is acceptable for a car with such focus; Lotus calls the 410 its equivalent of a Porsche 911 GT3.

It’s not quite a full track-day special, though, because while it’s very loud and very rapid (Lotus claims 0-60mph in 4.0 seconds and 190mph flat out), the 410 is still a car you could just about live with every day. Its cabin may have been stripped of air-con and an infotainment screen (both of which are available as options), but it doesn’t feel like a bare racer inside. 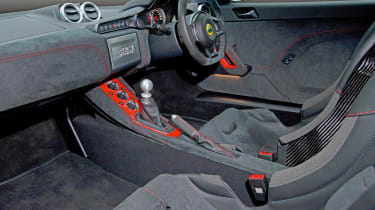 On the track, the 410 is extremely impressive, with crisp handling, massive grip, great steering and terrific brakes. The gearchange also feels smoother and sweeter than before – a welcome bonus.

But no matter how rousing it might seem, we’re not convinced it could put clear air between itself and a similarly priced 911 on a track – even if it does feel more engaging.