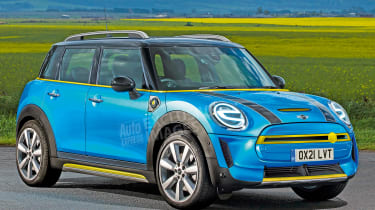 MINI will take advantage of the continuing SUV boom by launching a smaller sister car to the Countryman, Auto Express can exclusively reveal.

The new model – previewed in our exclusive images – won’t join the range until 2021 at the earliest, making use of the brand’s next generation of chassis technology – and that means electric power will be a given for the new small SUV.

According to a source close to MINI, the new model is likely to be similar in footprint to today’s five-door car, but another MINI SUV larger than today’s Countryman has been ruled out.

Speaking to Auto Express at the Los Angeles Motor Show, member of the BMW board of management Peter Schwarzenbauer said: “That would not fit with MINI’s DNA – we would not make a seven-seater or something like that.

“I think a Countryman is the maximum size and the right thing for MINI, but I wouldn’t see it getting any bigger.” 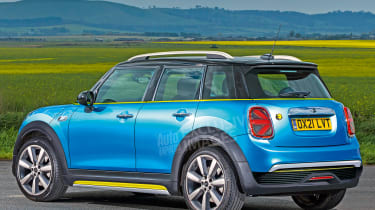 Asked if there was a chance that MINI could make a smaller SUV than the Countryman, Schwarzenbauer told us: “That would be an interesting option, especially when you look around. There are few car types in the world right now that fit into every market. A small urban SUV is definitely a segment that is extremely interesting, but so far we haven’t made any decision on its direction.”

Auto Express understands that work is already under way on a new platform that would underpin the next generation of MINIs, including the small SUV and, eventually, a replacement for the recently launched Countryman. At the moment, MINI has two platforms at its disposal: UKL1 which underpins the MINI in three and five-door form as well as the Convertible, and UKL2 which is used for the Clubman and Countryman, including a plug-in hybrid version of the latter.

The all-electric MINI, due to go on sale in 2019 and previewed by the MINI electric concept unveiled at this year’s Frankfurt Motor Show, will make use of a modified version of the UKL1 platform. However, the new chassis will be developed from the start with electrification at its core. BMW’s global sales and marketing boss Ian Robertson has hinted previously that MINI could eventually become an all-electric brand, and the new platform will be key to the company’s electrified future.

The new small MINI SUV is likely to measure a little over four metres in length, putting it up against rivals such as Volkswagen’s forthcoming T-Cross SUV, as well as established players such as the Nissan Juke. As our images show, the look of the new car will be traditional MINI, and is likely to feature some of the details shown on the MINI Electric concept.

And while MINI has confirmed that the brand will go no larger than the Countryman, it has also stated that it won’t build a smaller car than today’s three-door model. Even with a new platform, insiders have said that it will not be economically viable to make a smaller car – like the well received Rocketman concept from 2011.

Costs for the new platform are likely to be shared across the BMW Group as it’s expected to be used for the next generation of front-wheel-drive X1, 1 Series and 2 Series models, and possibly even a replacement for the all-electric i3.

The cars that pave the way for new electric SUV 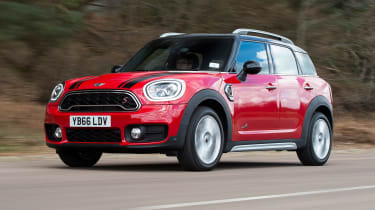 Bosses have stated that the Countryman will be the biggest MINI to go on sale; there are no plans to produce a seven-seat version. But the new small SUV will take its styling cues from the Countryman model, even though it is based on new platform. 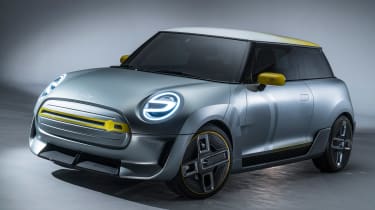 The Electric Concept debuted at the Frankfurt Motor Show, and uses a modified platform based on the current MINI hatch. Its styling cues point the way for how MINI’s EVs will look, and its design touches will appear on the new small SUV.

What do you think of our exclusive images of the new baby MINI SUV? Let us know below... 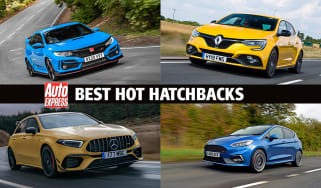