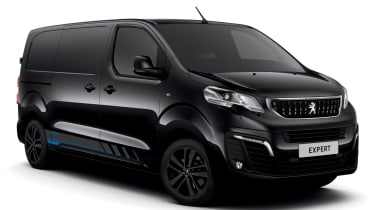 Peugeot has a new version of the Expert van ready to launch early next year, called the Expert Sport Edition. The new model will sit above the brand’s existing Expert Asphalt model, sporting a range of cosmetic enhancements and additional standard equipment. Prices start from £29,460 with first deliveries due to arrive in the second half of 2020.

Buyers can have the Peugeot Expert Sport Edition as either a three-seat panel van or six-seat crew van, although both versions will only be offered as a standard wheelbase model. Revisions include a fresh set of black 17-inch alloy wheels, new sports decals on the van’s flanks, two-zone air conditioning and a choice of three unique paint finishes.

Peugeot will only offer the Expert Sport Edition with its turbocharged 2.0-litre four-cylinder diesel engine, which is available in three states of tune. The entry-level powertrain produces 118bhp and 340Nm of torque, while returning a claimed combined economy figure of 53.2mpg. The engine can only be specced in the panel van body style with a six-speed manual gearbox.

The mid-range Peugeot Sport Edition is priced from £33,480. It’s powered by a more potent version of the same 2.0-litre diesel engine, which develops 148bhp and 370Nm of torque. Fuel economy remains the same as the entry-level model, although buyers can only have the engine in a six-seat crew van with a six-speed manual gearbox.

Peugeot’s range-topping Expert Sport Edition is priced from £32,960. For the money, buyers get the most powerful version of PSA’s 2.0-litre BlueHDi engine, which develops 178bhp and 400Nm of torque. It’s fitted to the Expert’s three-seat panel van body as standard but, for an extra £2,920, buyers can have the same powertrain in the six-seat crew van instead.

What do you make of the new Peugeot Expert Sport Edition? Let us know in the comments section below... 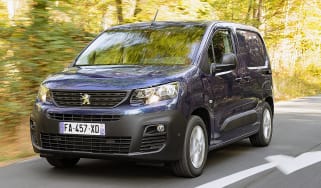 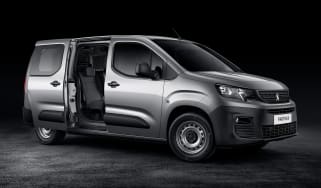 The new Peugeot Partner Crew Van is available to order now with prices starting from £21,140