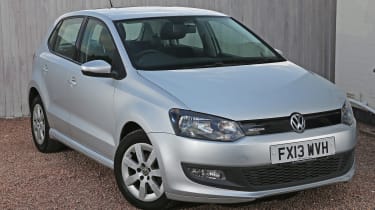 The fifth generation was, at last, a Polo that felt like a baby Golf, rather than a slightly posh supermini. It came with a big-car feel, big-car equipment if you bought a higher-spec model and, while it wasn’t class-leading to drive, you could have some fun in one if you got a sportier model. What matters to most owners is that the Polo is as easy to drive as it is to own. A worthy winner of the 2010 World Car of the Year award, the Mk5 is still very desirable.

Volkswagen has just revealed an all-new Polo that will be in showrooms next January. It’s a far cry from the original model that arrived in 1974 as the Audi 50; within a year it had been rebadged as a Volkswagen and was on sale across Europe.

Those first cars were well made but spartan and mediocre in most ways. Until the Mk5 appeared in 2009, that was pretty much what we expected of the Polo – a supermini that was solid, dependable, costly and devoid of flair.

But the fifth-generation version was much better to drive, generally well equipped and came with some superb engines. Now that it’s about to be replaced in dealers, the outgoing model makes a fantastic second-hand buy. 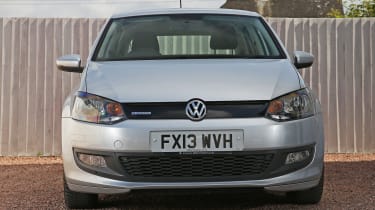 The five-door Polo Mk5 hatch arrived in October 2009; a three-door option came four months later. Initially there were 1.2 and 1.4-litre petrol engines, as well as a 1.6 TDI diesel; the 1.2 TDI and DSG automatic-only 1.4 TSI GTI were added in February 2010, the former in 104bhp or 74bhp BlueMotion forms.

The high-value Polo Match replaced the SE and Moda in July 2011; the sporty-looking R-Line appeared in April 2012, six months before the 1.4-litre 138bhp Polo GT.

Most Polos got extra standard kit from June 2013, a year before a facelifted car hit dealers, with more efficient engines and additional equipment included.

From March 2015 the GTI featured a 1.8 TSI engine with a manual gearbox option.

Which model should I choose?

Home in on the TSI or TDI models because these combine plenty of punch with decent fuel economy. The other engines are okay but the 1.2-litre isn’t especially perky; the 1.4 is noticeably better. 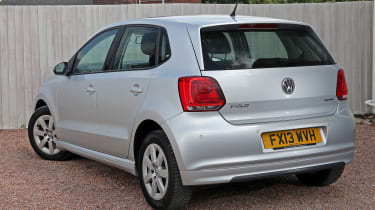 There’s a lot more demand for five-door cars, which are much easier to get in and out of, but the three-door looks more stylish and in theory is slightly cheaper. Entry-level Polo S models are spartan; they get a DAB radio and central locking, but unless you buy the S A/C edition, there’s no air-conditioning. BlueMotion trim adds alloy wheels, as well as air-con, cruise control and electrically adjustable door mirrors.

The SE comes with powered rear windows and climate control, while the SEL has an upgraded interior and multimedia system.

Alternatives to the VW Polo Mk5

The Ford Fiesta is all the supermini you need as it looks smart, is superb to drive and comes with plenty of kit if you avoid base models – plus you get a lot more car for your money than if you buy a Polo.

But the Fiesta isn’t a premium choice; if that’s a priority you need to look at the Audi A1, which shares much with the Polo and is a true high-quality product. So, too, is the MINI; although it’s not the most practical car, there are plenty for sale. The DS 3 – initially badged as a Citroen – strikes a good balance between premium feel and value for money. It comes in cabrio form, unlike the Polo, but has no five-door option.

Not all models have a front passenger airbag that can be switched off, so if you carry small children in the front of the car, make sure you find a Polo with this feature. 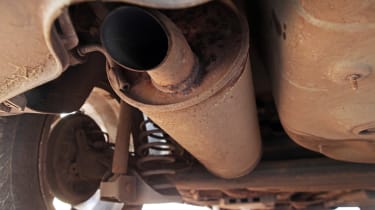 Particulate filters in the exhaust can get clogged on diesels that aren’t driven often, so consider buying a petrol-powered model if you don’t cover that many miles a year.

Some owners have found the headlight lenses on their cars have been heat-damaged by the daytime running lights being on for long periods of time.

Check that the brake discs aren’t worn or warped by feeling for juddering under braking. Some owners have found that the discs wear quickly on their Polos.

The cabin materials have a high-quality feel and the dashboard is a model of clarity. The seats are comfortable and there’s lots of room for two adults or three kids in the back. Visibility is good and so, too, is boot space; 280 litres can be stowed with the rear seats up, or 952 litres with them folded. 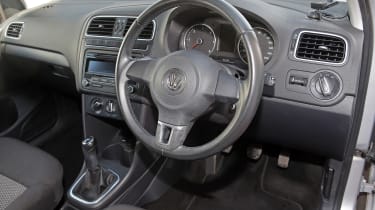 Owners can choose between fixed-interval or variable servicing. The former requires maintenance every 12 months or 10,000 miles, while the latter allows up to 18,600 miles and two years between garage visits.

Services alternate between minor (£164) and major (£329), but once a car is three years old these reduce to £149 and £289. All engines, apart from the 1.2 litres, have a cambelt which is inspected every service and replaced when necessary (£434). Brake fluid should be renewed after three years, then every two years, at £64. Air-con should be regassed every two years (£79).

There have been five recalls for the Polo Mk5, including one for the emissions problem that has affected many 1.6 TDI VWs. The first campaign was in December 2014 because a cracked filter could lead to fuel leaks. Two months later some cars were recalled because of the possibility of an airbag going off for no reason.

In August 2015 some Polos were recalled because the front seats could fail in a collision. The last campaign was in June 2016 as the child locks on the rear doors could fail.

Despite its premium status, the Polo has never excelled in our Driver Power satisfaction surveys. Last year it failed to get into the top 150; in 2017 it managed 59th. The only impressive rating was for fuel economy and running costs, with infotainment close behind. Everything else failed to hit the spot.