The plug-in hybrid will be cheap to run, but has a high list price 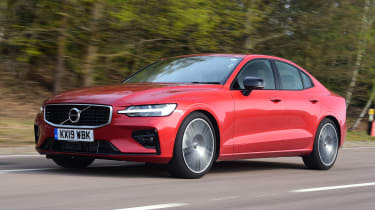 There are no diesel S60 models. Instead you have the choice of the T5 turbocharged 2.0-litre petrol with 247bhp – not the first choice for those looking for a fuel-efficient executive saloon – and the T8 Twin Engine with the same petrol engine combined with an electric motor and battery pack for up to 399bhp.

When compared like-for-like with a direct rival like the BMW 330i, the S60 T5 holds its own but does not excel when it comes to running costs. Its CO2 emissions of 155g/km put it nearer the top of the company car Benefit-in-Kind range, but the 330i M Sport emits 134g/km and sits in a lower bracket, despite being marginally more powerful with 254bhp on tap.

The Volvo’s fuel economy compares favourably, however – the S60 T5 has WLTP tested returns of 35.3-39.8mpg, and when we road tested it we achieved a real-world figure close to the top of that range. The BMW 330i M Sport returns a claimed 38.7-41.5mpg, but our real-world test car only just crept past 31mpg in mixed driving. 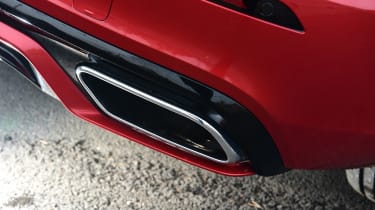 Volvo has yet to announce any official fuel economy figures for the T8 Twin Engine Polestar Engineered versions of the S60, but does quote emissions of 45g/km. The slightly less powerful T8 has an emissions quote of 39-42g/km, while fuel economy is in the range of 122.8-176.5mpg. How close you get to that figure will depend on how often you plug the T8 in, while the WLTP driving range on electric power alone is quoted between 30.4 to 36 miles.

The S60 saloon will sit in the same range as its V60 estate counterpart. A directly comparable V60 R-Design T5 sits in group 34 – four groups above an equivalent Audi A4 S line with a 45 TFSI engine.

Our experts don’t have figures for the S60 as yet, but have predicted that a V60 T5 estate in R Design trim will hold on to just over 48 per cent of its on-the-road value after three years and 36,000 miles come trade-in time.