It was an action-packed Geneva Motor Show in 2017, but these were the cars that stood out for the Auto Express team...

The 2017 edition of the Geneva Motor Show was arguably better than ever, with manufacturers showing off a wide range of new production models that we'll be seeing on the road soon and a whole host of concept cars to show us their vision of the future. Of course, the Auto Express team was in Geneva to cover it all and we've picked out of our stars of the show.

There were so many new models on display at the Palexpo convention centre, from small city cars to powerful hypercars, including the Honda Civic Type R, Volvo XC60, Ford Fiesta ST, Audi RS5, Suzuki Swift, McLaren 720S, Ferrari 812 Superfast and many more.

However, the Auto Express team has seen eveything that the 2017 Geneva Motor Show had to offer and each member has revealed the car that stood out for them below. Take a look and tell us if you agree with the choices in the comments section at the bottom of the page... 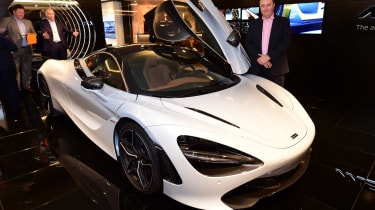 One of the last cars unveiled at the Geneva Motor Show was, in my eyes, the best – the new McLaren 720S. But it’s not the stunning looks that I find most exciting (although let’s be honest, it’s an incredible piece of automotive art). It’s the story behind the car that’s most intriguing – from the new approach to aerodynamics and cooling, the innovative body structure and the ‘no stone left unturned’ approach to make the car faster with more feel and yet even more accessible – it’ll be an easy car to live with. All that with a price hike of just 5%. Yes, it’s still a £208,000 supercar, but you’ve got to have dreams, haven’t you? 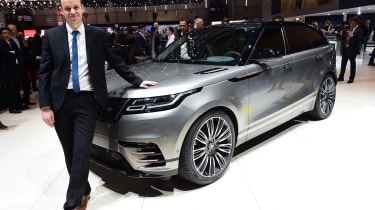 To some the very idea of a coupe-SUV is a travesty. And perhaps that’s not so surprising given some of the compromised designs we’ve seen in this growing area of the market. But Gerry McGovern has shown it’s a bodystyle that really can work with the gorgeous new Range Rover Velar. It’s a fantastically well executed design that manages to have a clear connection with the rest of the line-up while forging a unique identity of its own. It’s beautifully built, too, while inside the glut of pioneering tech and the use of innovative materials create an environment that genuinely feels cutting-edge. Best of all? It’s a car designed and developed in Britain which will be manufactured here too. The Velar is truly a car for us all to be proud of. 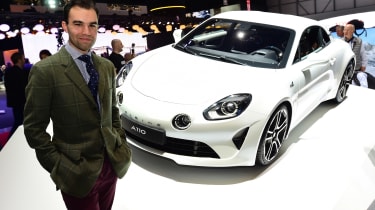 With a seemingly endless stream of teasers, official pictures and snippets of gossip over the past two years, it was a relief to see the finished, productionalised Alpine A110 at Geneva. The first car from the revived Renault-owned French sporting brand looked good - it was attractively retro but not a pastiche. And its details - 249bhp from a mid-mounted 1.8-litre turbocharged four-cylinder engine - for circa £50k - sounds exciting. I can't wait to drive this back-to-back with a Porsche 718 Cayman S. 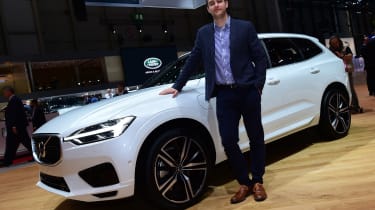 The XC60 will be Volvo’s latest licence to print money. Appearing in Geneva as scaled-down version of the already excellent XC90, the mid-sized SUV is oozing with style, comes packed with kit and should be among the safest cars in its class. Using the brand’s latest four-cylinder engines and plug-in hybrid powertrains will give it the edge when it comes to running costs, too. 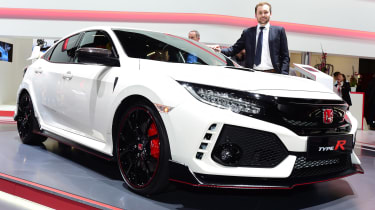 The new Civic Type R will divide opinion on looks alone, but dig into the details and it sounds like Honda has finally nailed the hot hatch formula. Immediately the old car’s niggles have been rectified: the seating position is lower, the interior has received a much needed revamp, while a comfort driving mode should make it easier to live with day today – in theory, anyway. Aside from that, it has 316bhp, a six-speed manual gearbox and has been designed form the outset to “deliver the most rewarding drive in the hot-hatch segment.” That’s what these cars are all about. 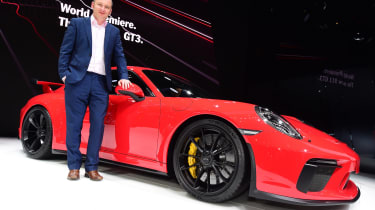 You might wonder why a facelifted model is my star, but look beneath the tweaked looks and you’ll find big changes. The rear mounted flat-six has been enlarged to 4.0-litres and revs to an ear-ringing 9,000rpm, while the suspension and steering have been revised using lessons learned from racing. Yet it’s the addition of a six-speed manual gearbox that’s the really big news. Taken from last year’s limited run 911 R, it promises to deliver an extra level engagement to one of the most involving cars money can buy. 2017 promises to be a bumper year of new metal, but it’ll be the GT3 that gets my heart beating fastest when I get behind the wheel. 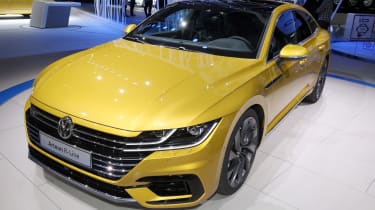 With radical concepts, glitzy hypercars and – as usual – plenty of SUVs, I was surprised by how much I was drawn to the new VW Arteon. It didn’t shock like some other debuts, but it’s a subtly classy and attractive saloon that deserves to win over buyers who might’ve otherwise spent more on an Audi A5. More importantly, it’s great to see Volkswagen making a strong committal to the D-segment saloon market – a sector that has been in decline for the last half-decade. I think this is a large mainstream saloon that deserves a place in the world. 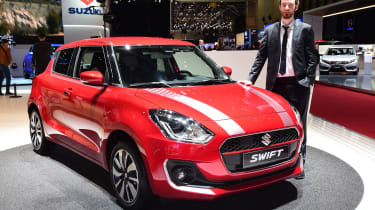 I haven’t picked the new Suzuki Swift as my show star because it blew me away on the show stands - although I do like the new design, with the big grille and sporty-looking front bumper. Instead, I’ve picked it because of the potential it has to be great fun to drive. A kerb weight of just 890kg is very promising, and Suzuki’s engineers have also used British roads to help set up the chassis so it should be great to drive in the UK. The addition of the characterful 1.0-litre BoosterJet engine to the range means all the ingredients are there for a great supermini. 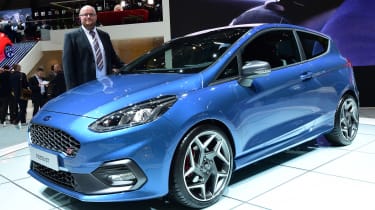 I’m a huge fan of Ford’s free-revving triples, so the prospect of one developing nearly 200bhp in the new Fiesta ST is tantalising. We’re told Ford has “obsessed” over the ST’s steering, which was the most intoxicating part of the old car. The new car is bigger, looks more grown up and will offer Ford’s excellent new SYNC 3 infotainment system, which should make it even easier to live with. Interior quality appears to be vastly improved, and we’re told there’s more space inside too. Pragmatic stuff, but a hot hatch needs to be all things to all men. And it seems to be exactly that. 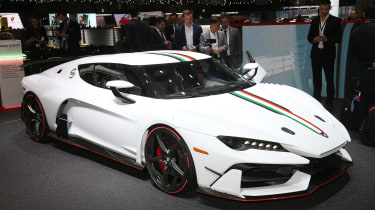 Okay, it’s not very practical and it’s going to be limited to just five models, but what else is not to like about the Italdesign Zerouno?  The legendary design house has been part of the VW Group since 2010, and you can clearly see hints of Lamborghini. In fact it has the same 5.2-lite V10 engine as the Huracan, which propels it from 0-62mph in just 3.2 seconds and on to a top speed of 205mph. Each example is expected to cost in excess of £1million though, so I had better get saving! 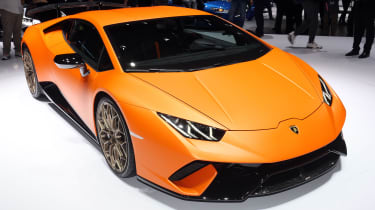 The new Lambo Huracan Performante has to be the ultimate car for people who like to brag. Not only can you say “I’ve got a Lamborghini on my driveway”, but you can also say stuff like “I have the most hardcore Huracan money can buy right now” and “it’s the fastest production car to lap the Nurburgring, don’t you know.” But, aside from the level of smugness on your face, the Huracan Performante denotes a return to crazy form for Lamborghini. If you’re in the market for an extreme supercar, it will be hard to say no to the Performante’s shrieking V10, race-spec technology and bombastic Italian charm.

What was your favourite car from the 2017 Geneva Motor Show?