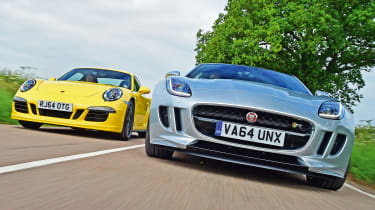 Power is nothing without control, so in a bid to add even more performance and better harness the ferocious output of the rear-wheel-drive F-Type R Coupé, Jaguar has re-engineered its flagship supercar so it now sends power to all four wheels. 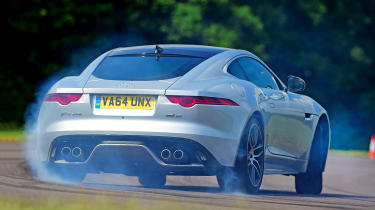 The £99,374 Porsche is more expensive than the British coupé and slightly down on power, too, but more than 50 years of development has gone into this legendary two-door to make it one of the best performance cars on sale, so it would be foolish to write it off from the on-paper figures alone.

The 911 range has had the option of four-wheel drive for 25 years now, helping to tame the car’s famous rear-biased weight distribution due to the location of its engine. 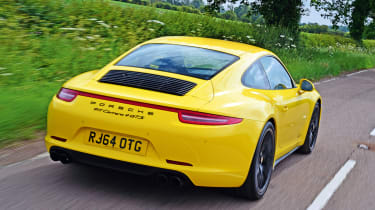 And now, by equipping its front-engined F-Type with all-wheel drive, Jaguar has a real rival. You couldn’t call either car cheap, but both offer heady driving thrills with extra on-road security.

To capitalise on the great British summer, we took our dynamic duo out for some fun in the sun, but did the big cat roar to victory, or is the 911’s evolutionary approach good enough to see it take the top spot once again?

Read individual reviews by clicking the links above, and scroll down to see which supercar takes the win... 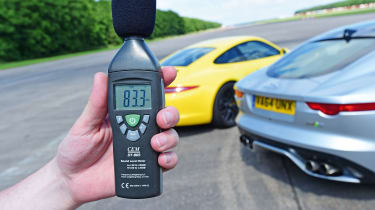 Both cars boast active exhausts with flaps that open and close for the full aural experience or more refined cruising. The Jag V8 is noisier – it registered 97dB on our meter, compared to 95dB for the 911. But when revving, the F-Type’s exhaust peaked at 115dB. That’s as loud as a rock concert! 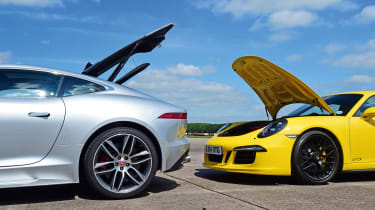 Jaguar and Porsche go about the layout of their cars in different ways. The F-Type has its engine up front and boot at the back, while the Porsche is the other way round. It doesn’t affect practicality, but the 911’s quirkiness makes it feel even more special. 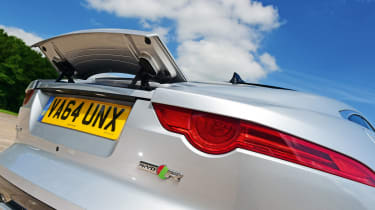 It’s a spiritual successor to the E-Type, and the Jag references the legend with features such as narrow rear light clusters and a clamshell bonnet. The 911’s been in constant production over that time, so the design has steadily evolved. Both cars look sublime. 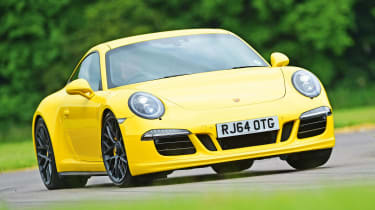 In the world of high-performance coupés, price and practicality take a back seat compared to driving experience – and here it’s the 911 GTS that’s the more capable machine. A sublime chassis that mixes comfort with stunning agility, a sonorous flat-six engine and a brilliant gearbox make the Porsche one of the most desirable models in the sports car market. 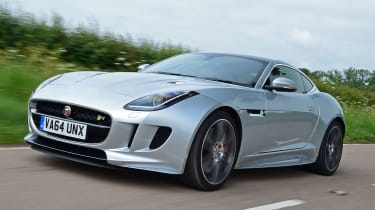 There’s no doubting the theatre of the F-Type R AWD, but next to the tactile Porsche, it feels like more of a blunt instrument. Although it’s a great cruiser, as a performance car, its four-wheel-drive system isn’t as intuitive as the GTS’ set-up. And while the raucous exhaust note is addictive, the beautiful Jag’s breadth of talent isn’t quite as wide as the 911’s. 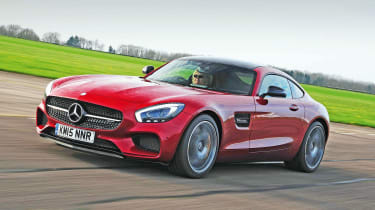 Mercedes-AMG’s new GT packs similar performance to these cars, with 0-62mph taking four seconds flat. There’s no 4WD option, but you can bask in the noise of the glorious V8 and the supercar styling – this is a great coupé. 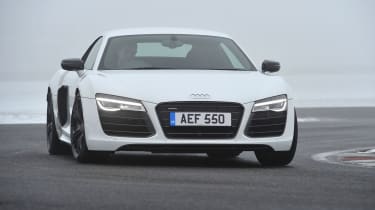 There’s a new Audi R8 on the block, so now is a great time for a deal on a used outgoing model. The V10 plus boasts 542bhp, and thanks to a dual-clutch gearbox goes from 0-62mph in 3.8 seconds, so it’ll rival the F-Type and 911 for sheer speed.