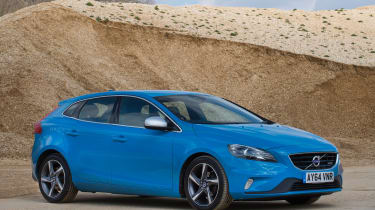 It’s easy to see why the V40 is Volvo’s best-selling model in the UK. Not only is it the brand’s most affordable car, but it also sits in one of the most important segments: the small family hatch class. As a result the V40 has some tough competition, especially from premium German brands. Compared with these the Volvo doesn’t retain its value as well, which is great news as a used buyer because you get more for your money. The V40 isn’t the most practical car, but it’s frugal, stylish, well made and good value, which is a winning recipe for us.

Volvo didn’t have much of a small car heritage until relatively recently, because its focus had been on building large family models that emphasised safety and practicality.

The 480ES of the nineties was an anomaly, while the S40 and V40 that followed were competent, but deeply unexciting. Later came the C30, but this three-door model would only ever be a niche player in the family hatch class.

It took until 2012 for Volvo to offer a small hatch with mass-market appeal, but it was worth waiting for. Well made and extremely safe, the Mk2 V40 looked distinctive and was competitively priced. As a used buy, it’s more compelling still. 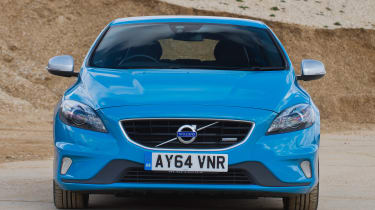 A D2 auto appeared in spring 2013 alongside a 120bhp 1.6-litre T2, then in May 2014 the D4 engine was boosted to 190bhp. For May 2015 there was a new 1.5-litre petrol engine, in T2 auto and T3 auto forms. By summer 2015 all V40s featured Drive-E tech to boost efficiency. A facelift in autumn 2016 brought multimedia improvements, a new nose, extra colour choices plus Momentum and Inscription trims.

None of the engines is weak and the gearboxes are all nice enough, but the eight-speed automatic is much slicker than its six-speed predecessor. 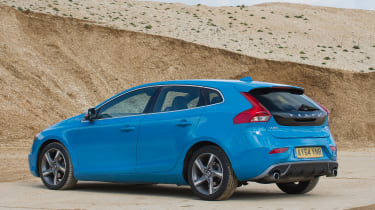 The R-Design has an eight-inch dash-mounted screen instead of a five-inch version, plus sportier detailing inside and out. Although they’re marketed as separate models, the Cross Country SE and Lux are really just trim levels, with a raised ride height and chunkier styling.

Alternatives to the Volvo V40 Mk2

Closest competitor to the V40 is the Volkswagen Golf, because it’s a semi-premium five-door hatch that comes with some excellent engines, is solidly built and great to drive. The Audi A3 shares many of the Golf’s attributes, but costs more and has a posher cabin.

While both those cars are front-wheel drive, the BMW 1 Series has its power going to the rear, so is nicer to drive, and feels sportier thanks to a lower seating position. We wouldn’t overlook the Mercedes A-Class, nor the Mazda 3, which is attractively styled, fun to drive and has strong engines, although the model range is quite narrow.

Parking sensors are a must-have as rear visibility is so poor, especially to rear three-quarters.

Central locking can fail, so ensure all locks work. Check heated rear window, as this can pack up as well. 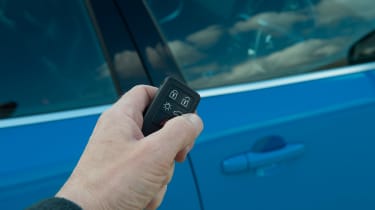 A DAB radio is standard, but signal can drop out for no reason, even in areas with decent coverage.

Rattles from the centre console can be a problem. Dealers know how to resolve the issue, as Volvo sent out a note out about it.

The V40 feels well screwed together, but while the hi-tech instrumentation is clear, the fussy dash layout is confusing. The rear seats are spacious enough, but feel claustrophobic because of the high waistline. Yet it’s the boot that lets the side down; at just 335 litres with the rear seats up, or 1,032 litres with them down, the car trails rivals in this area. 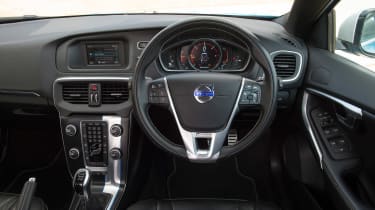 Every V40 needs servicing annually, but the variable system allows from 12,500 to 18,000 miles between checks depending on how the car is driven.

Four recalls isn’t too bad for a car that’s been on sale for six years. The first came in March 2014 for rear light failures, plus 123 V40s were recalled in June 2016 because the driver’s airbag could fail in an impact.

The third campaign, in October 2016, was for coolant and oil leaks that could lead to overheating. A recall in January 2017 was for further potential airbag faults.

The V40 didn’t rank in our Driver Power 2018 satisfaction survey, but it came 47th in last year’s poll. Safety was the biggest draw for buyers, with exterior design and finish another major plus. Infotainment scored highly, but owners don’t like the practicality, ride and handling or running costs so much.