The Mercedes GLE is a rebadge of the ML-Class with a mild facelift and newer tech, but it's showing its age now 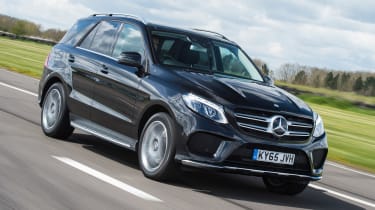 Luxury SUVs are ten a penny these days, and unfortunately the Mercedes GLE-Class is falling behind the front-runners in the pack thanks to its ageing design. It's a big, heavy SUV that majors on comfort, but not a lot else, as rivals offer more space, better technology and a more engaging driving experience.

The AMG models are fast in a straight line, but running costs are steep, although the V6 and V8 engines offer plenty of torque for towing. The GLE has roots that can be traced back over a decade, though, and that means it can't match its rivals for running costs or ease of driving, while the interior isn't the most spacious.

The Mercedes GLE is a luxury SUV that slots in between the smaller GLC and huge seven-seat GLS in the Mercedes SUV line-up. The GLE name connects it with the E-Class executive, so gives an idea of its size and the kind of engines and trims you can get it in. However, while the all-new E-Class is a front-runner in the executive class, the GLE has more in common with the previous generation E-Class in terms of tech, engines and quality.

That's because while the GLE has been on sale since 2015, it can trace its roots further back to 2011, as it's essentially a rebadge of the Mk2 ML-Class that was launched that year. That means the GLE is a distant relative of the Jeep Grand Cherokee, as both were initially developed together before parent firms Daimler and Chrysler when their separate ways.

Anyway, back to the GLE-Class. While the name was changed in 2015, most other things stayed the same. The only big update was the introduction of the GLE Coupe, a more expensive, less spacious but more stylish SUV designed to rival the BMW X6. Engines included GLE 250, GLE 350 and GLE 450 variants with four or six cylinders, although today the standard range is pared down to just 250 and 350 variants as Mercedes winds down production in advance of an all-new GLE arriving in 2019. 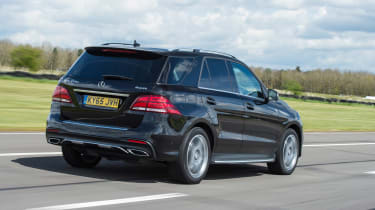 This model features a petrol-electric plug-in drive system that's good for 449bhp, but if you keep the battery charged up, you should be able to travel up to 19 miles on a charge before the engine cuts in, boosting your fuel economy. Company car users will also appreciate emissions of 78g/km which will help keep tax costs down.

All versions of the Mercedes GLE feature 4MATIC four-wheel drive and an auto gearbox, with a nine-speed G-Tronic on the 250 d, 350 d and AMG 43 models, while the 500 e hybrid and AMG 63 get a seven-speed G-Tronic box.

With Mercedes winding down production of the GLE in the US, the last off the line will get every option thrown at them. While Sport, AMG Line and designo versions have been offered in the past, the run-out variants are sold in AMG Night Edition trim, even the AMG 43 and 63 models. These cars get Mercedes’ Dynamic Select drive mode system, sat-nav, all-round parking sensors with a reversing camera, a powered tailgate, LED headlights, alloy wheels starting from 20-inches, climate control, heated memory seats with Artico faux leather. Add the Premium Plus pack, and you get a panoramic glass, a premium Dolby surround sound system and 360 degree cameras.

These prices are on a par with rivals, but the Mercedes GLE does feel a little dated next to newer cars. In fact, its closest opponent is the BMW X5, although like the Mercedes, this model isn't in the prime of life, and both cars lag behind market leaders such as the Range Rover Sport, Audi Q7, Volvo XC90 and Porsche Cayenne. Unlike some of these rivals, there's no seven-seat option offered on the GLE-Class.