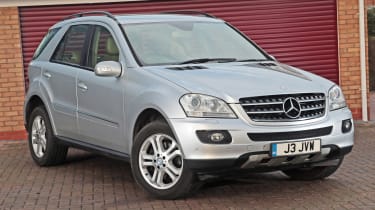 Mercedes really dropped the ball with the original M-Class, but the second take on the formula was a huge improvement. It was so much better that the firm perhaps should have given it a different name. Now that the newest Mk2 M-Class is five years old, values have dropped. However, although reliability tends to be good, running costs can be high because of steep parts prices, so look before you leap.

Mercedes - the world’s oldest car maker - was no stranger to SUVs when it launched the original M-Class in 1998; its G-Wagen had already been in production for more than two decades. However, while the G-Wagen was accomplished in the rough, Mercedes needed a luxury SUV that could compete with rivals including Jeep and Land Rover.

The result was the US-built M-Class, or ML, which proved a disappointment in many ways, from the build quality to the driving experience. So when an all-new version arrived in 2005, expectations were high – and this time Mercedes didn’t disappoint. The Mk2 M-Class has stood the test of time pretty well, but there can be pitfalls when buying; here’s how to find a good one. 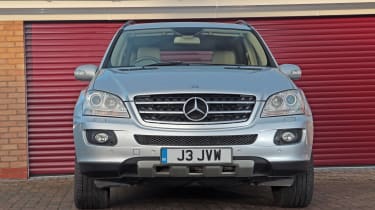 Codenamed by Mercedes as the W164 model, the second-generation ML was launched in the UK in September 2005.

Of more real-world relevance was the facelift that the ML received in autumn 2008. This brought fresh bumpers and lights and upgraded interior trim, along with extra standard equipment, including a much-improved multimedia system and anti-whiplash head restraints. 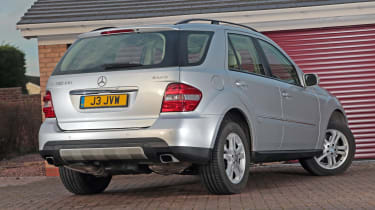 Petrol-engined M-Classes are rare, but you get more for your money if you take this route. The problem is the high running costs, although converting to LPG can cut these significantly. All M-Classes come with a seven-speed automatic gearbox; there was no manual option.

Although Mercedes was generous with equipment, lengthy options lists mean it’s worth pinning down the exact spec of any potential purchase. We’d also find a car with air suspension; it improves the ride and handling balance, plus refinement. 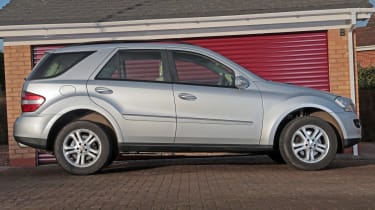 Alternatives to the Mercedes M-Class Mk2

The Range Rover provides a sense of occasion that the Mercedes can’t match, but running costs can be very high due to big repair bills. The same applies to the Range Rover Sport, which is better to drive but more costly than an equivalent M-Class.

Porsche’s Cayenne and the BMW X5 are also great to drive, but again they’re pricier to buy and run. And while the Jeep Grand Cherokee doesn’t have the Mercedes’ build quality, it’s brilliant off road and relatively cheap to buy – if not to run. The Volkswagen Touareg is well equipped and comfortable, and has an excellent cabin and some superb engines, while the Lexus RX 450h is superbly built, amazingly refined and generously equipped, although not so great to drive.

The front seats can squeak and creak, especially when they’re not being sat in. Permanent fixes can prove frustratingly elusive. 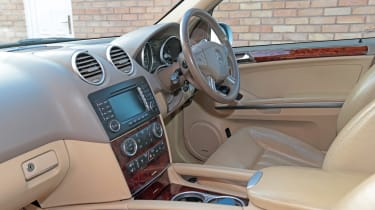 If the electric tailgate isn’t perfectly aligned, the motors that power it can burn out because of the added strain. Repairs are costly.

A dash warning light illuminates if a bulb dies, but fail to seat the replacement bulb properly and the warning light will still display.

The finishing trim around the side windows is a black lacquer, which flakes and then peels off, and looks quite unsightly.

Premium materials, excellent switchgear and a clear layout make the M-Class easy to live with. Throw in a big cabin with room for five and you’re on to a winner. Boot space is up there with the best, too, at 833 litres with the rear seats up or 2,050 when they’re folded. 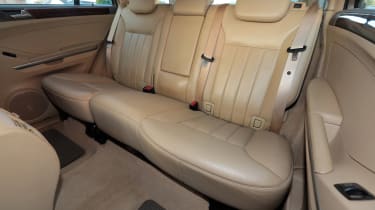 Every M-Class needs to be serviced every 15,500 miles or 12 months, regardless of whether it’s petrol or diesel.

Services alternate between minor and major, priced at £288.26 and £427.96, although monthly payment plans are available. There are no cambelts to change as the engines are chain-driven, but there is a V-belt that needs to be renewed every six years or 60,000 miles, at £139.

Fresh brake fluid is required every two years (at £90) and the coolant every 10 years at £171. At 37,000 miles the transmission’s oil and filters should be renewed, and fuel filters need replacing after four years. 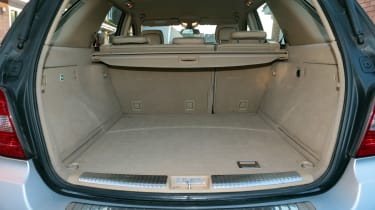 The Mk2 ML has been recalled six times. The first affected all cars built up to October 2008, because the engine could shut down while driving. A loss of engine power was behind a November 2008 campaign; the automatic tailgate opening led to another in September 2009.

Mercedes launched an action in January 2011 over potential fuel leaks, then in November 2012 and March and July 2013 due to a floor mat in the way of the throttle.

The M-Class has never appeared in our Driver Power satisfaction survey because it doesn’t sell in big enough numbers. Yet contemporary Mercedes models generally ranked well; the C-Class came 15th and the E-Class finished an impressive seventh place in the 2011 poll, for example.