The Mitsubishi Colt is a stylish, fun alternative to the supermini mainstream, but is showing its age 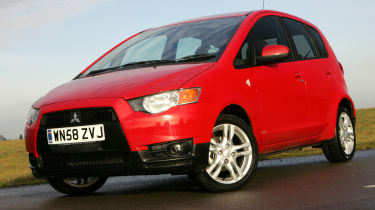 The Mitsubishi Colt has been on sale in its current guise since 2004, although a facelift in 2008 brought the Evo-style nose that still helps it stand out on the road today. This rival to the Honda Jazz, Hyundai i20 and Kia Rio is available as a three-door or five-door hatchback, with a choice of 1.1, 1.3 and 1.5-litre petrol engines. But while eco-friendly stop-start technology can be specified on 1.3-litre models, it doesn’t improve efficiency as much as you would hope, and no car in the range has low enough emissions to be exempt from road tax.

The Mitsubishi Colt is an easy car to drive, especially around town – if you ignore the large, obstructive A-pillars. Urban roads are the natural habitat of the 75bhp 1.1-litre three-cylinder engine, which provides nippy performance and a pleasing sound. Buyers can also choose from 95bhp 1.3 and 147bhp turbocharged 1.5-litre four-cylinder engines, which are reasonably refined – the latter features in the sporty top-spec Ralliart model, which has firmer sports suspension for a more thrilling driving experience. But whatever’s under the bonnet, the Colt is agile and entertaining, with a decent amount of grip.

If you thought the Mitsubishi Colt was showing its age in terms of design, take a look at the economy figures. The most efficient model in the range – the 1.3-litre Cleartec, which is the only Colt with stop-start – emits 119g/km of CO2 and returns 56.5mpg fuel economy. Eco versions of the latest BMW 3 Series can do better than that. And considering how old the car feels, and what you get for your money, the prices don’t look that tempting in the first place – although Mitusbishi does offer fixed-price deals for three or five years’ servicing.

The Mitsubishi Colt has a similar supermini-MPV-style look to the original Honda Jazz in profile, and when the nose of the rally bred Lancer Evo was grafted on to the car in 2008, the styling was given a welcome shot in the arm. As the Colt is quite a rare sight on the road, it still stands out today. But inside, it’s showing its age in terms of design and equipment, and although everything feels solidly screwed together, the hard plastics don’t help matters. You sit a bit lower in the three-door, which gives it a sportier feel, although the five-door is only 140mm longer and has an identical wheelbase.

Like the original Honda Jazz, the Mitsubishi Colt feels quite spacious inside, although its interior is nowhere near as clever as the Jazz’s. Mitsubishi no longer offers the sliding rear seat in this car – it now just splits and folds – while you have to lift the parcel shelf manually. As it doesn’t drop back down again, it’s easy to drive off with it still obscuring your rearward view. Boot space trails rivals like the Hyundai i20, too, with the tiny 160-litre load bay expanding to only 568 litres with the seats folded.

Not many versions of the Mitsubishi Colt can be specified with stability control, which is unforgivable in a model that’s likely to be chosen as a first car. The safety feature is standard on the expensive top-spec Ralliart model, but can’t even be added as an option on other versions. As with many Japanese manufacturers, Mitsubishi sells on the reliability of its cars, and the Colt upholds this reputation – it has been recalled only once in all its years on sale, over a potential fuel leak, and has been rated highly in this category in our Driver Power satisfaction surveys. 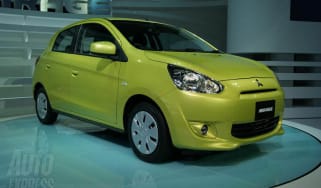 Mitsubishi confirms it will be producing a five-door replacement for the Colt, with a focus on space and efficiency
Mitsubishi Colt Cleartec 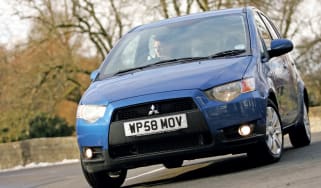 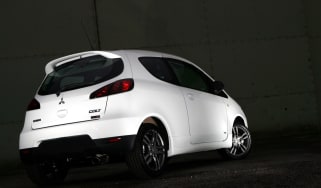 Is new Ralliart badged Colt a worthy addition to Mitsubishi's fast car fleet? We hit the road to find out.
Mitsubishi Colt vs Suzuki Swift 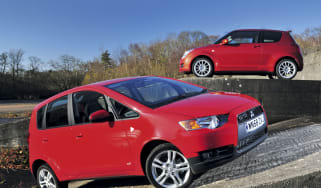 Mitsubishi has beefed up its Colt with an Evo-lookalike nose job. Can it blow away Suzuki’s cool Swift?
Mitsubishi Colt 2008 review 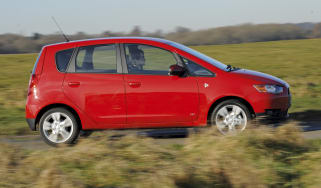 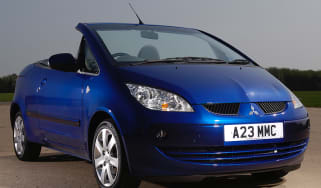 The Colt CZC offers decent value for money. Its roof is well designed and handling agile, but ride, and material finish let it down.
Mitsubishi Colt 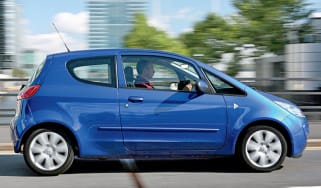 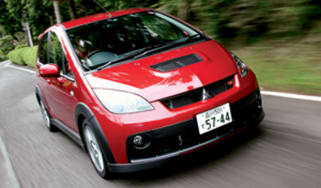 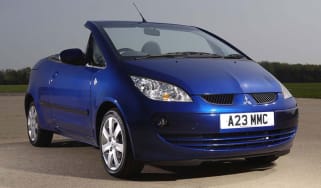 Here just in time for the summer, will Mitsubishi's drop-top Colt CZC bring a breath of fresh air?
Mitsubishi Colt 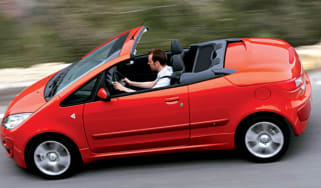 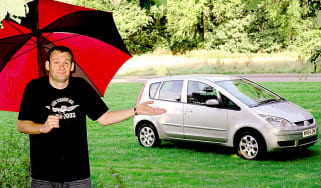 When I lived in London, the car I drove was constantly under attack. Whether it was thieves, vandals, bad drivers or traffic wardens, there was always…
Mitsubishi Colt 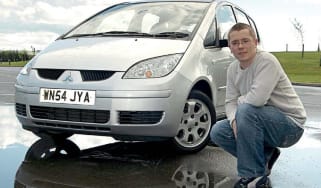 It's amazing what advertising can do for a car's image. Take our Mitsubishi Colt, for example. When we got the keys to the 1.5-litre DI-D Equippe last…
Mitsubishi Colt 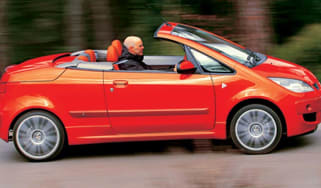 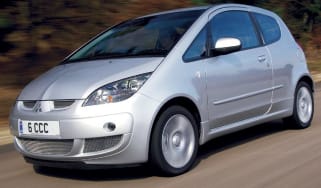 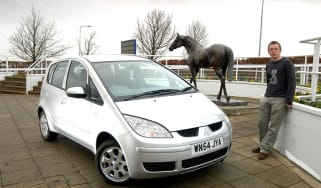 There's a bit of internal rivalry going on in our office concerning our long-term Mitsubishi Colt. As the newest member of staff, I've been made the c…
Mitsubishi Colt 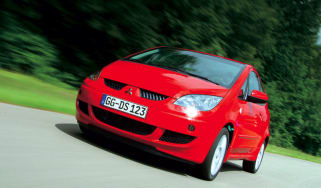 With its mighty Lancer Evo established in motoring folklore, Mitsubishi's latest addition to the Colt stable has a reputation to live up to. Auto Expr…
Mitsubishi Colt 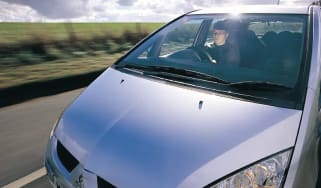 Someone must be smiling on me. As Auto Express's newest staff member, I had expected to be making lots of cups of tea. But instead, I've been given th…
Mitsubishi Colt 2004 review 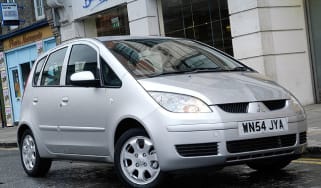 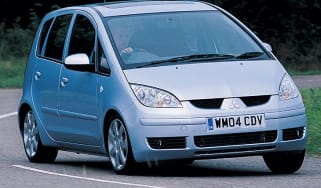 If you had put your money on Mitsubishi's previous-generation Colt becoming a winner, you would have been backing a lost cause. As a supermini contend…
Mitsubishi Colt 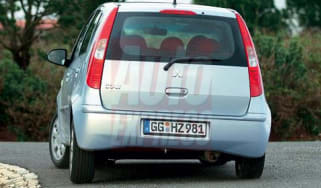 With its bold looks and frugal petrol engine range, Mitsubishi's new Colt has a serious point to prove. Charged with reinventing the Japanese company'…
Skip to HeaderSkip to Content