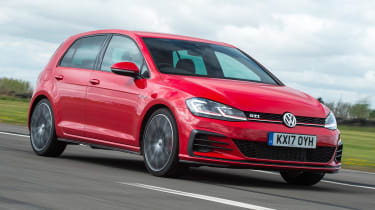 The Golf GTI gets the same five-star Euro NCAP rating as the standard Golf – a result that’s partly thanks to the curtain and driver's knee airbags and stability control, which are both standard. Plus, it has an autonomous emergency braking system that will automatically apply the anchors if the car senses an imminent low-speed collision.

The VW Golf has built up an enviable reputation for reliability over the 30 odd years it’s been in production, even if the emissions scandal has tarnished the image more than a little.

The company also scored a respectable fifth place finish in our 2018 Driver Power customer satisfaction survey. The Golf did brilliantly, too, finishing in 18th place – with particularly strong ratings for ride and handling, reliability, and safety. Just 7.5 per cent of respondents said their car had ever gone wrong. 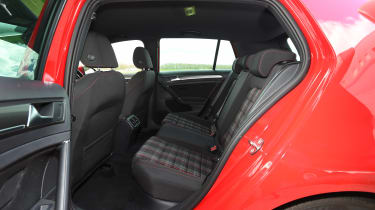 The Volkswagen Golf comes with a fairly unremarkable warranty offering three years of cover with a 60,000-mile limit in the third year. It’s pretty standard fare, but the Renaultsport Megane does better with four-year cover and a 100,000 mile cap.

Pick one of the fixed menu-priced schemes from your VW dealer and you can cover basic servicing costs from as little as £16 per month. If you want to extend cover to include consumables like spark plugs and tyres then you’ll have to pay a bit more. All prices look competitive though.