Everyone’s been there at some point, waiting for the traffic lights to go green only to be beaten off the line by a fellow motorist. But if you’ve got launch control fitted to your car, the chances are you’ll leave everyone else trailing.

At least, that’s the theory. Yet we wanted to know if it really does make you quicker off the line. To find out, Auto Express rallied together three performance cars, each with around 450bhp and launch control, for a drag race with a difference. 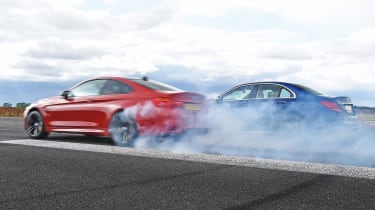 Starting with their car’s automatic gearbox in park, each driver would have to wait for the lights to go green at our test track before they could engage their launch control system. First to pass the quarter-mile marker would win.

To make things exciting – and in the interest of fairness – we threw a control car into the mix without any clever computers to get it off the line: a 94bhp 1.0-litre Volkswagen Polo BlueMotion TSI. 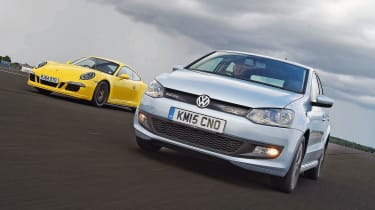 After a lot of head scratching, confused faces and false starts, we managed to get all four cars to the finish. The results might surprise you… 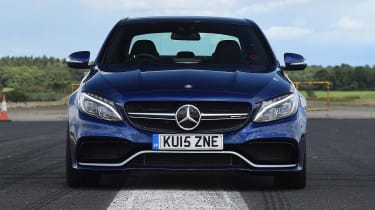 The C 63’s launch control has the longest list of instructions here. First, it needs to be in ‘Sports’ or ‘Race’ mode. Then, place your left foot on the brake, hold it there and pull the steering paddles towards you. This will offer you the option of a race start; to accept it, you simply pull the right paddle again.

Press the throttle until the revs reach 3,500rpm, release the brake and away you go. Trouble is, it takes a while to go through the motions. Every screen has to load, and by then, the competition has left you trailing. 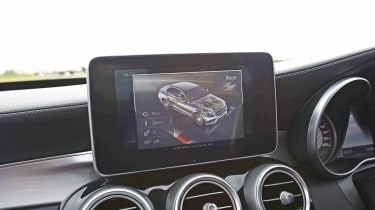 Plus, for launch mode to operate, the engine needs to be at a certain temperature; if it drops too low, it’s no longer available. However, such was the AMG’s power it very nearly caught up with its rivals once it got going. 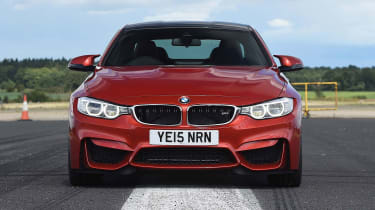 Marginally faster than the Mercedes was the BMW M4, although this was by far the trickiest and most temperamental of the cars we had on the starting line.

To get the M4 into launch control mode, you need to turn off the traction control, put it in first gear and push the brake pedal to the floor. At the same time, you put your foot on the accelerator and a flag symbol should appear on the dash. Release the brake, and you’re off. 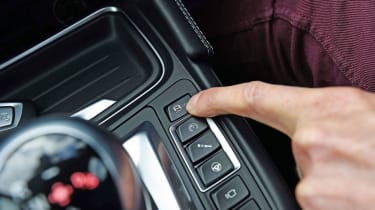 It all sounds simple, but in reality getting that flag to flash up felt like pot luck. Plus, to get the engine up to temperature involved six miles of uninterrupted driving, and the time it took to get our cars lined up was enough for this to drop. Add the time we spent working out the manual, and the M4 would never have got off the line.

As the Porsche has four-wheel drive and a lot less weight on board, it crossed the line five-tenths faster than the C 63 in a standard drag race, even though the Mercedes-AMG delivers much more power.

The 911’s launch control is the easiest to operate. It needs to be in automatic and ‘Sports Plus’ mode, and you engage it by putting your left foot on the brake and pressing on the accelerator. A light saying ‘Launch Activated’ illuminates on the steering wheel, and then you’re off as soon as you release the brake. 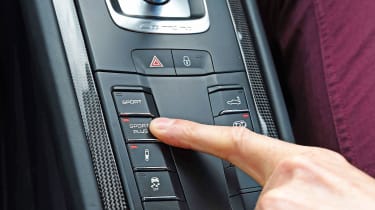 That’s just three swift movements, allowing the 911 GTS to blast off the line in 3.8 seconds. It’s also three movements you’re unlikely to forget after you’ve used them once, unlike the more complex M4 or C 63. 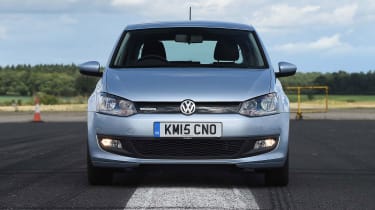 If you look at the figures, you’ll quickly spot that our little Polo covers 0-62mph in more than twice the time it takes our performance cars. But you’ll also notice that even the Porsche was nearly pipped to the quarter-mile post by the super-economical 1.0-litre supermini.

The Mercedes might have a power advantage, but it was futile in our test. The other cars left it behind, and the Polo was halfway down the runway by the time the C 63 engaged launch control. And while the BMW came third overall, it couldn’t replicate that result every time. 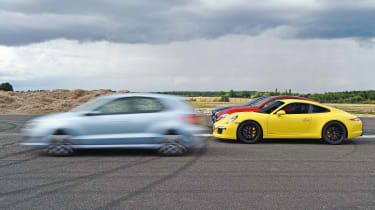 What we’ve learned is that if you’re going to drag race against a Polo, don’t bother with launch control. Or at least make sure you’ve thoroughly read your instructions, otherwise you could be left red-faced at the lights clutching at paddles and pedals.