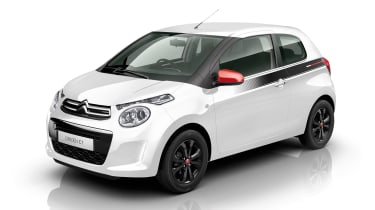 This is the Citroen C1 Furio – a feisty hatchback in looks only. It aims to give young drivers a striking, sporty look but without the insurance costs associated with a powerful engine. It’s available to order now priced from £10,855.

The Citroen C1 Furio will be available with the same engines as the standard car. That means a choice between a 1.0-litre Toyota-developed unit offering 67bhp or a 1.2-litre PureTech offering 81bhp.  Both are mated to five-speed manual gearboxes, and the more powerful 1.2-litre will sprint from 0-62mph in 11.0 seconds. It’s only available as a three-door, instead of the more practical five-door model.

The lack of power means wonderful things for fuel economy, though. Both engines in the C1 Furio dip under 100g/km of CO2, meaning they’re free to tax, and both return over 65mpg officially. 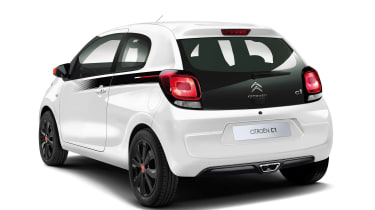 While the performance figures aren’t going to set your hair on fire, the looks might. The C1 Furio is based on mid-spec ‘Feel’ trim, but the Lipizzan White or Carlinite Grey bodywork is adorned with a black stripe running from the door to the tailgate, while red highlights on the wheels and door mirrors help the car to stand out. The addition of a spoiler and centre-mounted exhaust tip mean the rear of the car isn’t left out, either.

15-inch black alloy wheels complete the look and are adorned with red centre caps, while inside the C1 Furio benefits from an added rev counter and grey cloth upholstery. The car comes as standard with air-conditioning, front electric windows, remote central locking, and a touchscreen infotainment system.

So while it’s not going to give the Ford Fiesta ST a run for its money, the Citroen C1 Furio has some key rivals among its city-car brethren. The Skoda Citigo Monte Carlo and Kia Picanto Sport both offer beefed-up styling with efficient engines, so the C1 Furio has a fight on its hands.

Does a sportily-styled small car appeal to you? Let us know in the comments below... 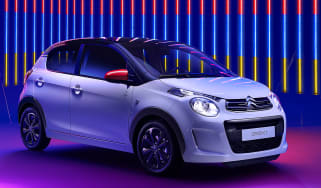 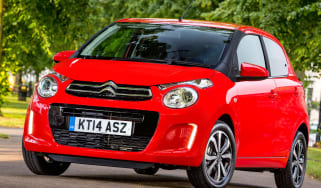