The Kia Soul has received a performance upgrade, but the new Sport model struggles to convince 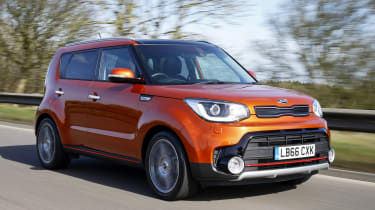 The Kia Soul Sport builds on the crossover’s quirky character and continues to offer something unique in the market, but overall it’s a difficult car to recommend. It has a decent turn of pace, yet remains rather dull and uncomfortable to drive. There is far better value to be had with a standard diesel version.

If you thought the Kia Soul was a difficult car to pigeonhole to begin with, then the Korean brand has made it just that little bit more difficult. This part MPV, part SUV has now been injected with some hot hatch performance thanks to a new 201bhp 1.6-litre engine.

Called the Soul Sport, the model borrows the powertrain from the Cee’d GT and sits at the top of the Soul range, which was refreshed last year. The numbers make it the fastest, most powerful and most expensive – if you ignore the Soul EV – model in the range. But that doesn’t necessarily make it the best. 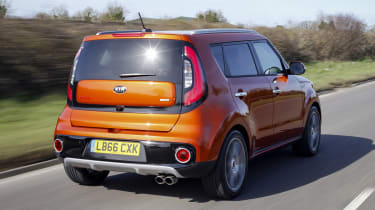 Performance from the engine is strong enough, with Kia claiming 0-62mph in 7.5 seconds, but there are almost no mechanical tweaks to help the Soul better make use of the extra grunt.

The seven-speed dual-clutch auto shuffles through the gears at lower speeds smoothly enough, but up the pace and changes become lethargic. The engine also sounds quite gruff when you extend it to the top of the rev range. Claimed economy of 40.9mpg isn’t great, either.

The quality of the Soul’s ride and handling has also never been a strong point, and that remains the case for the Sport. The ride is firm and unforgiving around town and at motorway speeds it fidgets about over sudden changes in the road surface – not helped by the 18-inch alloys fitted as standard on the Sport. 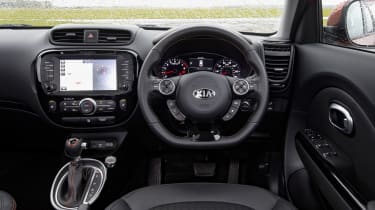 Despite being relatively tall, the Soul doesn’t lean excessively through corners, but the numb steering lacks any sensation of feel so you find yourself constantly making adjustments when cornering.

At £23,565 the Soul Sport is pricey, too, but does come loaded with kit. Leather seats, a panoramic sunroof, eight-inch sat-nav with Apple CarPlay, xenon headlamps and a reversing camera are all standard.