The first instalment in our top 10 Most Wanted Cars is a new MGB Roadster. Here's how it could look... 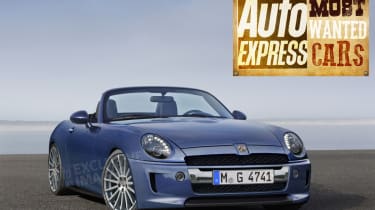 So, Britain’s Most Wanted car is a new MGB Roadster. In the end, it won our vote easily. This isn’t a huge surprise, as the original MGB is one of the most recognisable British sports cars ever, with many still in the hands of classic car owners today. It brought affordable thrills to the open road at launch in 1962, and sales success followed. The MGB spawned a string of other cars, including the MGC and MGB GT V8, before the curtain came down on production in 1980.

Our readers selected an updated MGB to be the heart of a new MG sports car family, with a range looking back to the MGB, MGB GT and Midget, comprising front-engined, rear-wheel-drive two-seaters that evoke memories of the classic.

An MGB revival isn’t totally out of the question, either. The brand is best known for its open-top sports cars, while bosses hinted strongly at a striking new MG roadster with the SUV-styled Icon concept at the Beijing Motor Show back in 2012. But with only two models in dealers at the moment, and sales in limited numbers, it remains to be seen whether a sports car is a priority. Plus, the failed relaunch of the TF in 2002 will still be fresh in the minds of bosses. 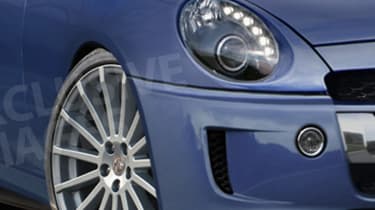 Our exclusive image of a new MGB follows MG’s current design language – as seen in the MG3 and MG6 – but also takes cues from the original MGB, with rounded headlights and a chrome bar running across the grille.

A lightweight roadster would probably be offered with a selection of small-capacity engines, possibly within a TF-style mid-engine, rear-drive layout. A longer wheelbase and shorter overhangs would further mark the new car out from its predecessor, as well as boosting handling.

We asked MG about the Roadster’s chances, and a spokeswoman told us: “While there’s space in our current line-up for such a model, there are no official plans at the moment.” 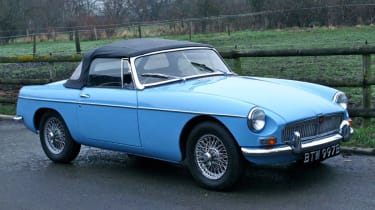 The MGB is one of the most recognisable British sports cars ever, with many still in the hands of classic car fans worldwide. MG's B roadster was first launched in 1962 as an affordable four-cylinder sports car, and it was soon joined by the MGB GT coupe. It was a notable departure from the traditional construction of a sports car, featuring a monocoque chassis rather than having the body bolted onto a sperate frame.

Other models continued to join the range over the years as the car saw sales success, including the MGC, a version of the car featuring a larger straight-six engine, and the MGB GT V8, which of course used a Rover V8. Although production of the B stopped in 1980, the MG RV8 that appeared in the 1990s was based heavily on the MGB, too.

Don't forget to tell us what you think of the idea of a new MGB Roadster on Twitter, on Facebook or in the comments section below...