Nigel Mansell, 1992 F1 World Champion, is now a fully-fledged Mitsubishi dealer. We paid a visit to his showroom in jersey to find out why 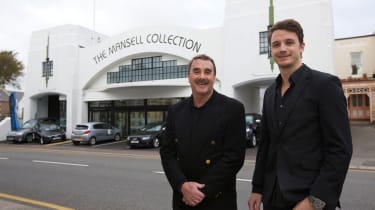 I took him out for a test drive. I think he thought it was a little strange, but he bought the car from us.” Nigel Mansell chuckles when he tells us the story of a customer who got more than he bargained for when he bought his Mitsubishi.

You see, car buyers on the island of Jersey cannow buy a Mitsubishi from a company with a famous name above the door – the name of 1992 Formula One World Champion and 1993 IndyCar Champion Nigel Mansell. And Nigel may even be on hand to sell it.

The Mansell family has lived on Jersey for the past 20 years, and since January 2013 the Mansell Collection has been selling used cars from its premises in St Helier, with Nigel’s son Leo at the helm. 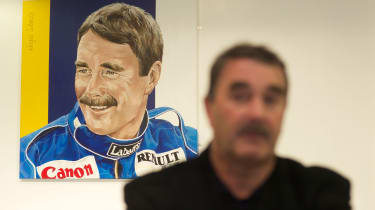 This beautifully restored art deco former cinema is as stunning a car showroom as you’re ever likely to see, coolly designed with big screen TVs adorning the walls (for corporate messages, but more likely to have motorsport showing on them) and Nigel’s racing overalls on display, too. Upstairs is a museum, which houses even more memorabilia, while down the road the Mansells are investing in a service centre and petrol station, following the same design theme with the same levels of attention to detail.

The family is obviously investing heavily in the car business, and with many dealers saying how difficult it is to make money, how can the Mansell Collection be any different? 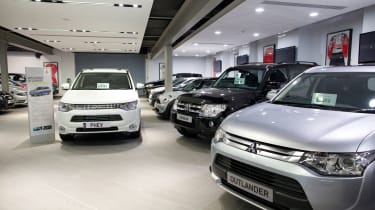 Nigel explains: “Having been in the car business before [Nigel had a Ferrari franchise and other dealerships many years ago], you’re absolutely right – it’s very difficult. But if you put the add-ons, like the petrol station and the full service centre, and you can give a service second to none in the location where you’re operating from, then if you can get your market share, you can make it a very good business.”

The sales business may have been up and running for two years, but the Mansells have had a car service centre on the island for over 14 years, with a useful customer base of around 500 regulars. However, it was Leo’s decision to move into car sales – with Nigel keeping a watchful eye on things, obviously.

• Best driving games: the car racing games you have to play in 2015

Why choose the Mitsubishi franchise?

Leo, himself an ex-racer, has a clear desire to put the customer in pole position: “It’s a family business, which is nice,” he explains. “We’ve been able to put our own mark on it and try to have a car sales business in the way we envisage we’d like to buy a car, and have an enjoyable experience in the process, which we have enjoyed elsewhere.”

And now the used car business has expanded with the island’s Mitsubishi franchise. Says Leo: “When the opportunity came about to get Mitsubishi on as a new car franchise, we jumped at that.” But with a family name more associated with brands like Ferrari, Honda and Renault from a racing point of view, why Mitsubishi? “We wanted to surprise everybody,” Nigel tells us. 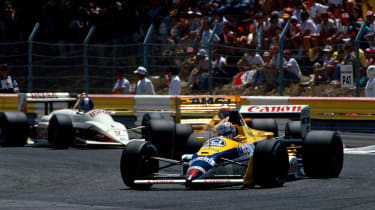 “Mitsubishi is a fantastic product and a great success story in its own right. And the biggest thing that Leo and I discussed at length is having a range of vehicles that could supply the mass market. “Obviously we could have gone for some very exotic cars, but then you’d only be doing a handful of cars every year. We wanted to be out there for everybody’s opportunity to come and shop with us. I have to say hand on heart that Mitsubishi’s got some great products.”

Unsurprisingly, other brands were interested in working with the Mansell Collection. “We had a few inquiries,” says Leo. “But Mitsubishi genuinely ticked all the boxes for us. I think it’s nice to be able to sell an ASX and Mirage, and nice to be able to sell a market-leading electric plug-in car and have everything between, like trucks and 4x4s.”

The Mansells are practising what they preach, too – Leo drives a Mitsubishi, Nigel turned up at the showroom in a plug-in hybrid Outlander PHEV, while wifeRosanne has traded her MINI for a Mitsubishi ASX.

As you’d expect with new dealers, there were training courses to be taken – both Leo and Nigel have been to Mitsubishi’s UK HQ in Cirencester, Glos, for a two-day course with other new dealers, some of whom weren’t expecting to have an F1 world champion in their midst. “We didn’t say anything, we went covert,” says Nigel.

“There were a couple of younger guys who didn’t put two and two together,” says Leo. “Not straight away, and then obviously it clicked. It was very funny.” But there’s one thing other dealers don’t have – experience at the very top in motorsport. And Nigel is keen to bring his experiences in F1 to car sales.

“There are things when you’ve been at the top of the world in any sport,” he explains. “You bring professionalism, you bring sharpness, you bring a keen eye to detail, plus Leo’s got incredible experience and is very personable. “We try and take it through the whole business and we’re very proud of that. I’m very proud of the heritage and I’m extremely proud of the effort and professionalism that Leo’s put into the business.” 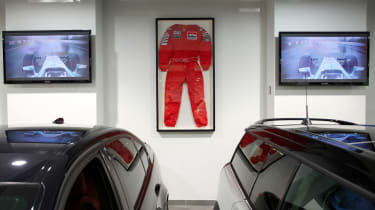 But what’s it like working with your father, especially one who, until Lewis Hamilton’s exploits this season, was Britain’s most successful F1 driver? “I think we’ve got quite a good balance of business and personal,” says Leo. “So if we’re talking about the bottom line, then it’s not about being father and son. It’s about being... well, he’s the chairman and I’ve got operations. We need to make it work and it’s working very, very well.”

So well, in fact, that in the first six weeks they sold 16 new Mitsubishis. The L200 pick-up is proving particularly popular on Jersey and there’s lots of interest in the PHEV, but without the same incentives as on the UK mainland, there’s not quite the rush other dealers are seeing. That said, as we sit in a PHEV in the showroom, Nigel is clearly bowled over by the technology and quality of the car, and with Mitsubishi’s plans for the future.

“I think we’re very fortunate at the time we’re joining Mitsubishi if you look at the range of cars it has,” he says. “Plus the new products which are due to come out in the next two to five years sound very exciting.”

As for the Mansell Collection’s future? The plan is to go from strength to strength, with the service centre opening soon – aftersales work is taken care of by part-time rally driver Robbie Hannah – and plans one day for it all to be brought under one roof. 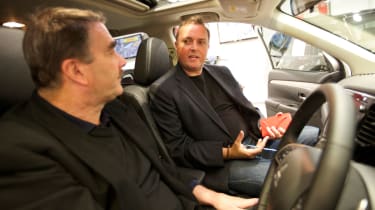 However, as with Nigel’s racing career, it’s all about pleasing the public. As Leo explains: “We’re just doing business how we want to do business and gauging how we do business from our customers. If we’re getting direct feedback from them that we could have done better, then we’ll adjust that and adjust our thinking in terms of our results with our customer satisfaction.”

This new approach to the traditional dealership way of doing business is hugely refreshing and good news for the residents of Jersey. And, of course, it doesn’t hurt if you get to take a test drive alongside an F1 champ, too.