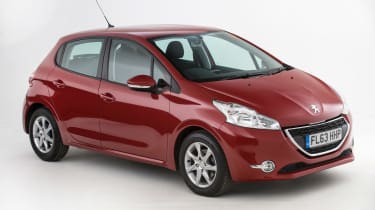 Peugeot has built some great small cars, but in recent years the company has been left behind by rivals that make better driving, more reliable, higher-quality models.

So it was great to see Peugeot fighting back when it launched the 208 in 2012. This model was so good that we crowned it Best Supermini at our 2012 New Car Awards. At the time, we said: “Peugeot is back on top of the small car class. The 208 has got it all: style, quality, space and kit, while it’s good to drive and super-efficient, too.”

With the first examples now four years old and a facelifted 208 out in 2015, this small car now makes a great second-hand buy.

The Peugeot 208 hit showrooms in 2012 and has been on sale for four years. It is this first-generation model that we're focusing on here. 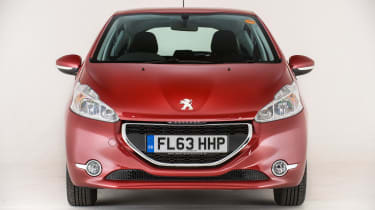 A 30th anniversary special edition GTi appeared in November 2014, with 208bhp – just 100 came to the UK. In June this year, a revised 208 hit dealers, with even more efficient engines, extra safety options plus a tweaked exterior design. A GT Line trim has also been added, with sportier detailing.

All of the engines are perky enough, with the three-cylinder 1.0 and 1.2-litre units being more fun than you’d imagine. We’d avoid the EGC automatic gearbox, though, as it’s not very slick. 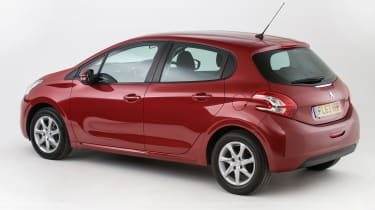 Alternatives to the Peugeot 208 Mk1

Our favourite used buy in this class is the Ford Fiesta, with its mix of low purchase and running costs, great engines and fine driver appeal. There are loads to choose from, too.

The Kia Rio is another excellent used buy thanks to its long warranty, top value and roomy interior. Also playing the value card strongly is the Renault Clio, and if you buy a Mk4 version (from 2013), you’ll get better quality than ever, plus a huge cabin.

The Vauxhall Corsa’s strongest suit is its value as there are loads about, and if you avoid entry-level models, equipment levels are generous. If your pockets are deeper, think about the VW Polo, which is refined and comes with some excellent engines.

The wipers can judder across the windscreen when they’re activated. The best fix seems to be to switch to some aftermarket blades, like Bosch versions. 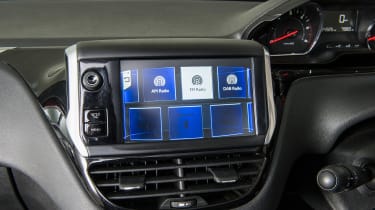 The touchscreen multimedia system can freeze for no apparent reason. Switching it off and then on again usually fixes things – but not always.

Some owners have found their front brake pads need to be replaced after little more than 5,000 miles; premature disc wear can be an issue, too.

Knocks can emanate from the 208’s front suspension, usually because the top mounting bush in one of the shock absorbers needs to be replaced.

You’ll either love or hate the 208’s dash design, with a small steering wheel set below the instruments. But it’s well built and looks good – although rear access in three-door cars is tricky. Boot space is also decent, at 285 litres (or 1,076 litres with the rear seats folded), if not class-leading. 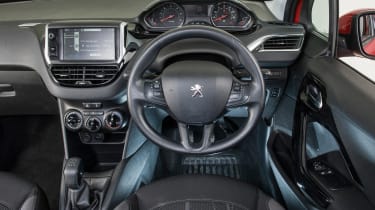 All 208s need to be serviced annually or every 20,000 miles for petrol-engined cars; for diesels it’s 12,500 miles. Check-ups alternate between minor (£295) and major (£425), but after three years discounted servicing is available at £140 or £250 respectively using OE parts. Unusually, most Peugeot dealers also offer maintenance using pattern parts, with the services priced from £115.

There have been seven recalls for the 208 already, which isn’t encouraging. The first was in July 2012 and affected the bonnet. Two months later came the next action as two cars were affected by braking issues. 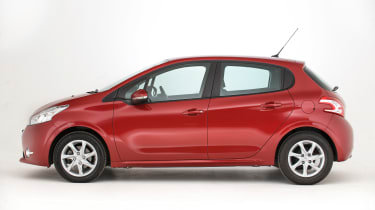 ESP glitches led to 14 cars being recalled in December 2012, while fuel leaks brought another action in February 2014. A further recall was issued at the same time for suspension failures; the sixth came in May 2014. The last recall concerned failure of the subframe mountings.