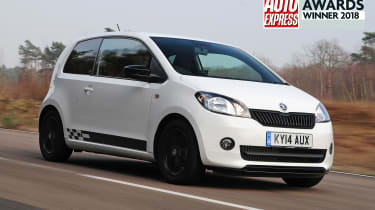 Back in 2012 the Skoda Citigo shook up the city car segment, proving that buying a compact hatch didn’t mean you had to compromise on affordability, practicality and fun behind the wheel.

The Citigo is all these things and more, adding some clever tech and packaging to deliver versatility and a great driving experience. So it’s no surprise that this winner of the Best City Car crown at Auto Express’s New Car Awards collects another trophy at our Used Awards.

Skoda’s smallest car is a triumph of packaging and in five-door form offers surprising amounts of room for four adults, as well as reasonable luggage space in the 251-litre boot, which is bigger than some superminis’. 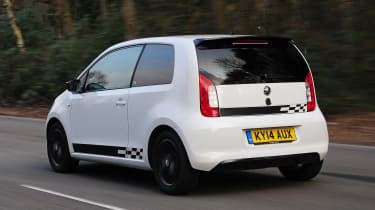 There’s a choice of 59bhp or 74bhp 1.0-litre three-cylinder petrol engines, both with 95Nm of torque. Whichever you go for, there’s enough performance in town, but the car doesn’t struggle on motorways.

Prices for early versions are now as low as £2,500, but we’d recommend spending a little more on a higher-spec Elegance model in five-door form, which starts from a still incredibly affordable £3,995.

This trim level gets air-con, electric front windows, remote central locking, heated seats and sat-nav as part of a clever touchscreen unit that sits on top of the dash. The Citigo offers a level of maturity given its size and price tag that few models can match. 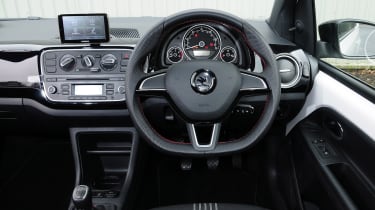 With CO2 emissions of 105g/km and claimed fuel economy of 63mpg for the 59bhp model, it’ll not only be wallet-friendly to buy, but also frugal to run.

It’s fun to drive in town and offers respectable refinement for longer journeys, and because not much has changed with the recently facelifted model, you get the same level of quality, performance and comfort.

On the road: Citigo is great to drive around town, but isn’t out of its depth on faster roads. It’s efficient, too.

With just a £500 deposit on a used Citigo through BuyaCar.co.uk you could walk away with the best used city car around with our chosen engine and trim level.

A representative example will cost you £103 per month. When you compare this with the cost of gym memberships, the weekly shop or TV subscriptions, this isn’t much more, yet you could have a car on your drive for similar money. 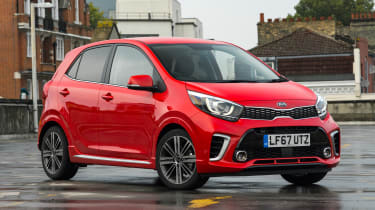 The Mk3 Kia Picanto is a brilliant city car. It’s more refined and mature than the Citigo, which increased its appeal, while it’s nearly as much fun to drive. It’s roomy and higher-spec cars have great infotainment systems, but because it’s newer, these will be more expensive. 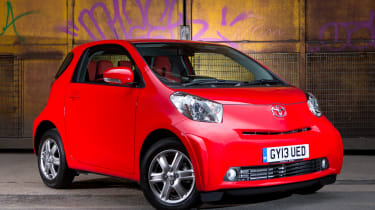 With its 3+1 seat layout, the Toyota iQ is a quirky choice. The 1.3-litre engine is reliable, and the iQ formed the basis of the exclusive Aston Martin Cygnet. It’s an intelligent way of maximising space inside a car that’s not much longer than a Smart ForTwo.