From clever tech to neat, simple thinking, Honda has long been a motoring innovator. Here are some of its brightest ideas 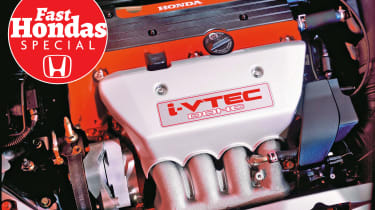 Honda is well-known for its legendary TV adverts that show off not only its cars, but also its range of products from lawnmowers to aircraft.

The Japanese brand has also had plenty of pioneering features and tech fitted to cars over the years that have been true world-firsts and innovations which have stuck to this day.

Here we run through some of the best, from the world’s first production hydrogen car to the family-friendly Jazz’s ingenious Magic Seats. Read on to learn more… 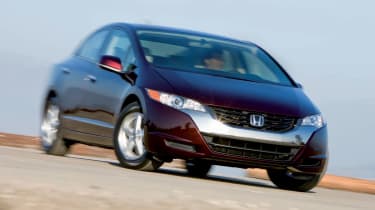 The revolutionary FCX Clarity probably best demonstrates Honda’s ability to think outside the box. Various companies had spent years trialling hydrogen fuel-cell tech, converting hydrogen to electricity, which powered the car’s electric motor, but Honda was first to put a full production model on the market – and it really raised the green car game in 2008.

Granted, only around 200 FCXs were made, with most being leased in California and Japan, but this was the first step to ensure that true zero-emissions vehicles such as the Toyota Mirai and Hyundai ix35 FCV are now on sale in the UK. The only thing emerging from the tailpipe was water vapour, and it had a range of well over 200 miles. 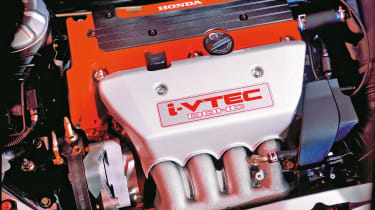 For many enthusiasts, the variable valve timing and lift electronic control (VTEC) system is a key part of Honda’s identity. It came about in the mid-eighties as a solution to the big challenge of cracking the 100bhp-per-litre barrier. Engineer Ikuo Kajitani was tasked with the system’s development, and in 1989, the Mk2 Integra debuted the technology in a 158bhp 1.6-litre engine.

The Type R craze of the nineties saw power go far beyond that, but the VTEC trademark remained a constant – the high-rev ‘lift’ as the valve timing changes and the engine screams up to the red line. 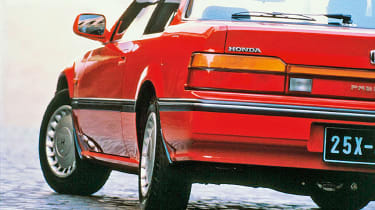 Four-wheel steering is now all the rage with the likes of Porsche, but Honda was first to put an all-wheel-steer car into production. The sleek 1987 Prelude 4WS had a brilliant mechanical steering system connecting front and rear wheels. At low speeds with lots of lock, the rear wheels turned in the opposite direction to the fronts, boosting agility. Apply less lock at higher speeds, and the rears followed the fronts for better stability and grip. 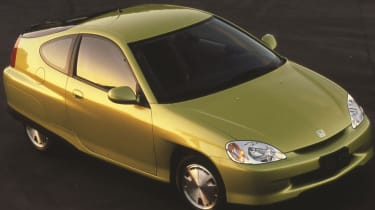 Forward-thinking Insight broke the mould as the first mainstream production hybrid to come here. It was built in the same low-volume factory as the NSX and S2000, which makes it special. The super-slippery, ultra-light body was radical, but more important was the drivetrain.

The aluminium and magnesium 1.0 engine combined with a 13bhp electric motor to produce 80bhp – enough for 112mph and claimed 83.1mpg fuel economy. It was also the car that kick-started the ‘hypermiling’ efficiency trend, where one owner cracked 250mpg. 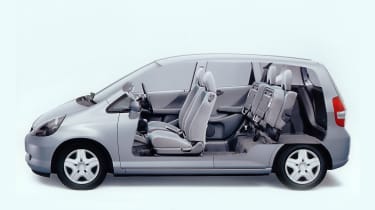 When the Jazz first launched in 2001, it proved that small cars didn’t have to be cramped and impractical. Clever packaging and neat interior features ensured it offered MPV-like practicality with good efficiency, and it was a huge success. But the one feature that defined it was a beautifully simple one: Honda’s Magic Seats.

They enabled the rear seat squabs to fold up, cinema-style, and combined with the flat floor to effectively leave a second, larger boot space behind the front seats for carrying tall items like plants. The idea was such a hit, Honda soon replicated it in the Civic and CR-V. 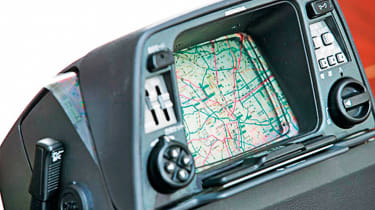 It’s best to make it clear that this is far from a sat-nav as we know it today, but Honda was one of the pioneers back in 1981 with the first commercially available in-car navigation system. The ‘Electro Gyro-Cator’, optional on the Accord saloon, used a helium-powered gyroscope and servo gear to pinpoint where the car was going and how far it had moved.

The ‘screen’ was similar to a submarine radar system, marking points across a plastic see-through map that owners would need to change manually for specific locations. It sounds complex, but in practice, it was very simple to operate. 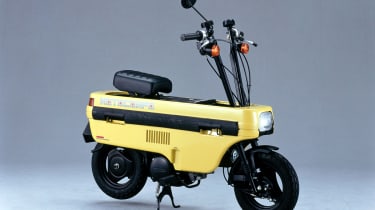 Back in the early eighties, the world’s cities were buckling under the pressure of ever-increasing traffic levels. And Honda thought it had the solution in the form of the tiny Motocompo – a folding 50cc scooter that was designed to slot handily in the boot of the brand’s smallest model at the time, the City.

The idea behind it was that commuters could drive to the outskirts of town, park their car and jump on the scooter to complete their journey. Sadly, it didn’t catch on, and production of the Motocompo ceased just two years later. 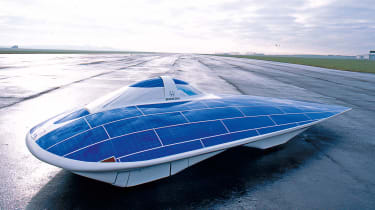 Honda’s pioneering spirit meant it was one of the first big manufacturers to tackle the eco-friendly World Solar Challenge race. Designed as the ultimate test of solar-powered vehicles, this 2,000-mile marathon is only open to cars that harness their power from the sun.

Honda took back-to-back wins in 1993 and 1996 with its Dream and Dream II (above). Built from lightweight carbon fibre-reinforced plastic and covered in solar cells, Dream II had a top speed of 87mph and completed the dash across Australia in just under 34 hours.

What's your favourite Honda tech innovation? Let us know in the comments!