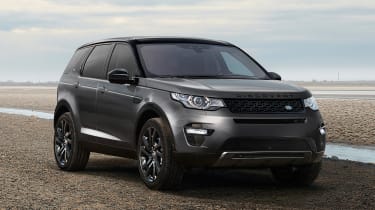 The Land Rover Discovery Sport gets fresh infotainment and in-car technology as part of its 2017 model-year upgrade, which is on sale now at the same starting price of £31,095.

The majority of the improvements come in the Disco Sport’s cabin. It will now be offered with optional InControl Touch Pro, an upgraded infotainment system that gets a 10.2-inch touchscreen with a pixel density than the standard 8.0-inch set-up for a clearer display. The interface on Jaguar Land Rover’s latest system is designed to replicate smartphone controls, with users swiping between features and pinching to zoom on maps. 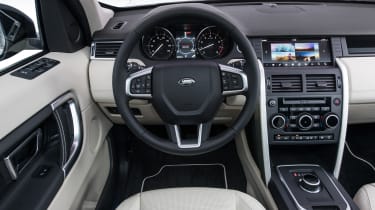 The Discovery Sport will also get Tile, which uses small Bluetooth tags on everyday items - such as keys, wallets and phones - to detect whether the user has everything they need before they start their journey, and warn them if they’re in danger of leaving something behind.

The software is operated through the car’s touchscreen, but uses an app on Android and Apple smartphones to do the tracking. Land Rover claims that the average person spends 15 minutes per day searching for lost items - and that the Discovery Sport is the first car to offer Tile connectivity. 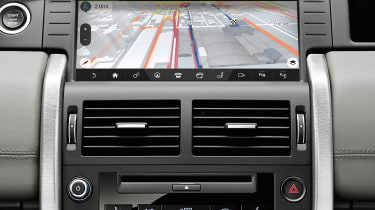 In addition to the in-car improvements, the Discovery Sport gets fresh safety features; a drowsiness detection system will now come as standard, along with an intelligent speed limiter that reads the road signs and prompts the driver to accept any change in speed limit, and camera-based lane departure tech that will gently steer the car back into the correct lane.

Exterior styling mods include a Graphite Pack, which brings a Dark Atlas colour switch on the grille, bonnet script and side vents, a grey contrast roof and black side mirror caps. It’s available as an option on SE and SE Tech editions, and also includes a fresh design of 19-inch alloy wheels.

Finally, there are four new body colours - Silicon Silver, Farallon Black, Carpathian Grey and Aruba. The updated Discovery Sport is on sale now; the starting price for the range remains unchanged, at £31,095.

What do you think of the new updates to the Disco Sport? Leave us a comment below!