Cool cars: the top 10 coolest cars in the world revealed

Our cool cars poll has revealed the top 10 coolest cars in the world according to you. And here they are… 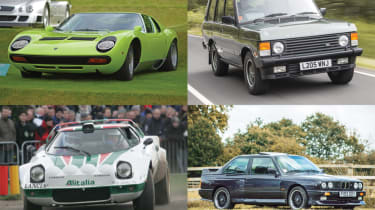 Following a poll of some of the most informed people around - AutoExpress readers - here are the results: it's the 10 coolest cars ever! But what does it mean for a car to be cool? Well it's not an exact science, as you might imagine, and everybody's opinion is different.

The cool cars here are the ones that took pride of place as posters on bedroom walls, or these days can be found gracing the backgrounds or wallpapers on computer or smartphone screens. They have an ageless quality that puts them down as instant classics, but there's something more to them that helps their cool cause. It can be down to looks, its achievements, the technology on board, or even the performance, there's no fixed definition of what makes a car cool.

A motorsport connection is a sure-fire good way of earning cool status. While plenty of cars get a sporty makeover in the quest for sales, the cool cars are the ones that have the racing or rallying pedigree that justify their existence. A limited production run that's designed to meet a homologation requirement - like the uber-rare Lancia Stratos, only ramps up the cool factor further, while cars that are little more than thinly disguised racing cars with number plates also deliver a cool factor that few others can match. The inherent risk of danger that is associated with motorsport also promotes the image of cool surround cars bred for speed.

The car's model name can also be crucial to its image. Something like a Shelby Cobra conjures up connotations of a deadly animal, although the exception to this would be Ferrari - who seem to get by just fine with mere numbers.

There could even be a celebrity connection - the cool factor of somebody famous is likely to rub off on whatever they drive, just look at film star Steve McQueen. If it wasn't for the car chase in the movie Bullitt, would the Ford Mustang be as revered as it is? 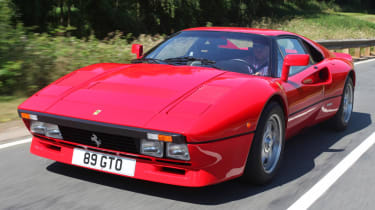 Understatement can also give a car the cool factor. While other cars look big and brash with a real 'look at me' attitude, some cool cars are more reserved, and don’t need to shout about their presence. Whether it's classically elegant lines or simply a look that doesn't make a song and dance about a car's potential performance, subtlety is another way to collect cool points. The sheer price tag can be enough to convince some of a car's coolness, but the one thing we know for sure is that ‘cool’ is highly subjective and defining it can be very tricky.

So, without further ado, here are the cars that made our top 10, as voted for by users of autoexpress.co.uk. Click the links below or at the top left of this page to find out more about the world’s coolest cars.

The cool cars that just missed out

Our poll of over 6,000 Auto Express readers revealed the top 10 coolest cars in the world but many super-cool vehicles missed the cut. Below are the models that placed 11th to 25th in the poll.