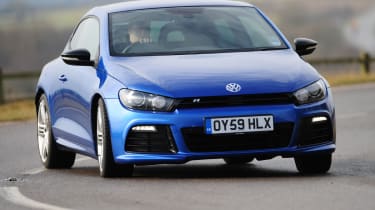 Out-and-out driving thrills are on the menu in the sports-car class, which places handling and performance ahead of some of the more sensible aspects of car ownership, like practicality and ease of driving.

Winner: Volkswagen Scirocco As you’d expect from a car in this class, the Scirocco scored an impressive fifth-place finish in the handling category and was ninth for performance, which helped put it above the only other sports car in this year’s survey – the Audi TT. Practicality certainly isn’t a strong point, with the Scirocco scoring its lowest finish in that category, but it scored surprisingly well in the ease of driving section.

Last place: Audi TT The Audi TT finishes last in a class of two, but there’s really nothing wrong with that. Its handling and performance were rated highly, but drivers felt it could be a little easier to drive. That’s partly down to restricted visibility that makes parking and changing lanes difficult. Practicality is another area where the TT performed poorly.