The Citroen Grand C4 Picasso is the 2015 Auto Express MPV of the Year, with the BMW 2 Series Active Tourer and SEAT Alhambra commended 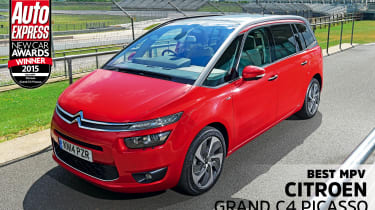 With its futuristic design, advanced in-car technology and host of family friendly features, the Citroen Grand C4 Picasso takes the Best MPV title for the second year on the spin. It manages to inject a healthy dose of style to the people carrier class, but the dramatic exterior doesn’t come at the expense of versatility, as the car features five individually folding back seats.

This allows you to play with the seating layouts, while stowing them all flat creates 2,181 litres of load space. Plus, the panoramic windscreen and the high roofline provide a great sense of space, so even back seat occupants won’t feel hemmed in. Up front, the split-level displays control all the major cabin functions. The lower panel is a touchscreen, while above it the large TFT screen has crystal-clear graphics in full colour. 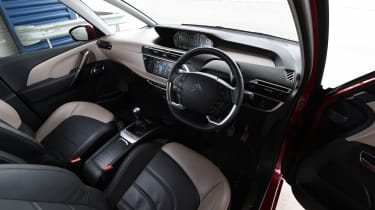 Passengers are treated to limo levels of luxury, too, with the front passenger seat offering a reclining function with a leg rest, while all the seats feature plushly padded headrests. The Picasso feels more spacious and airy than its rivals, too, thanks in no small part to that massive glass area. The vast panoramic windscreen features large sun visors that roll back to reveal a great view of the sky overhead.

Thankfully, this luxury feel isn’t spoiled when you’re on the move, as the car is a relaxed and refined cruiser with a soft ride and quiet engine. There’s decent performance, too, yet the BlueHDi diesels offer great economy for such a large car. Plus, there’s now a slick new six-speed auto gearbox that replaces the automated manual.

And if you don’t need seven seats but want the Citroen’s style and well packaged interior, there’s the option of the standard five-seat Picasso.

Grand C4 Picasso 2.0 BlueHDi Exclusive (£24,750) This flagship Exclusive is packed with goodies, including air-con controls for all three rows of seats, tinted back windows and a large, 12-inch colour display for the dash. Citroen’s latest BlueHDi diesel engine delivers decent economy along with excellent pulling power. 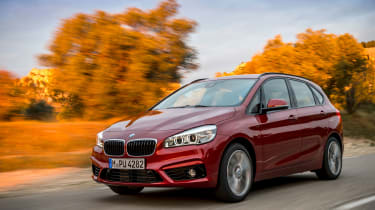 The controversial Active Tourer has introduced front-wheel drive to the BMW 2 Series range, yet is still an agile and efficient performer; and the front-drive layout means the cabin offers all the versatility a family will need. Plus, alongside the five-seater Active Tourer, there’s a seven-seat Gran Tourer model. 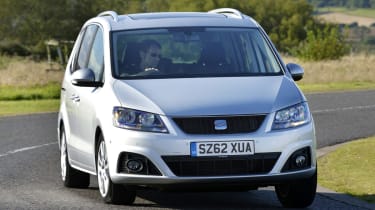 The SEAT Alhambra won’t exactly set the world on fire with its looks, but it’s still a front-runner in the large MPV class thanks to its vast interior, seven full-size seats and handy sliding doors that provide unrivalled access. It’s also good to drive, while a recent update has seen the range offer greater value for money than ever.