We asked you what your favourite car design is for 2015, and the new Jaguar XF has taken the crown 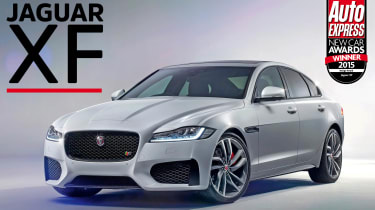 While the new Jaguar XE is taking on allcomers in the compact executive class, it’s clear from Auto Express readers that the next-generation XF is another Jag they’re really waiting for, as the sleek executive saloon has picked up the coveted Design Award for 2015.

In our poll on autoexpress.co.uk, it beat 14 rivals, including cars as varied as the Volvo XC90, Ford GT and Kia Sportspace. And in the final reckoning, the XF took nearly a third of the vote. 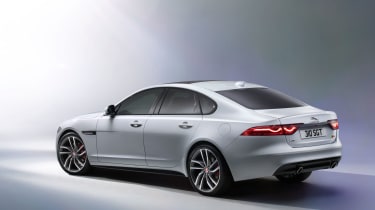 It hits dealers later this year, but it appears the public is already keen on its sharp design. While the original car was thoroughly modern when compared to the retro-inspired S-Type that preceded it, the new XF takes the basic template and brings it bang up to date.

• New Jaguar XF: everything you need to know

Penned by Ian Callum, the model features styling cues that are pure Jaguar. The large grille and small headlights are influenced by the XJ and XE, while the manufacturer’s new signature J-shaped LED daytime running lights make an appearance in those headlamp clusters. The front wings feature air vents behind the wheels, and the bulging bonnet and small glass area are evolutions of the original XF that give the newcomer a sporty look. 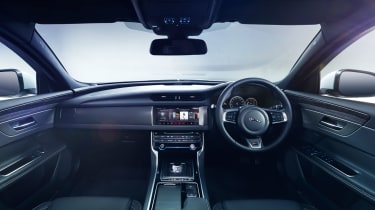 Further back, the rakish rear screen and long tail mean the XF looks like no other executive saloon, plus new tail-lights and less chrome trim give the back end a more modern look.

We’ll have to wait until the end of the summer to find out how the new XF drives. However, if it’s half as good as it looks, then it will definitely be a front-runner in the executive car class. And who knows – a contender for Auto Express Car of the Year 2016…?