Almost every engine option provides good fuel consumption, but servicing and maintenance costs are at the higher end of the scale.

Like most big premium SUVs, the BMW X4 won’t be especially cheap to run – but fuel economy and emissions are good for this class. The xDrive20d model is capable of up to 47.9mpg when driven with restraint, but can still deliver brisk performance, while the 3.0-litre diesel can manage a claimed maximum of 40.9mpg. Emissions are quoted at 153g/km for the xDrive20d on its smallest available wheels, while the xDrive30d emits from 180g/km of CO2. The M40d returns 39.8mpg and emits 184g/km.

The M40i model is inevitably thirsty, with an official combined figure of up to 30.7mpg. The hotter X4 M Competition is the least efficient car in the range, returning 26.7mpg on average and emitting 259g/km of CO2. 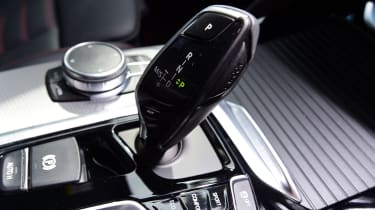 The least-expensive X4 xDrive20d model is in group 32 for insurance, which is broadly in line with its key rivals, but will result in above average premiums for most drivers and is also higher than the equivalent X3 model. The rest of the X4 range is rated between group 41 for the xDrive30d models, group 43 for the M40i and group 45 for the M40d, so insurance premiums will be a significant ongoing cost if you choose the higher-output models.

BMWs typically hold their value well compared to premium rivals, and premium SUVs are the new cars that tend to have the best residual values anywhere in the market. However, expert data suggests used prices have slipped a little, with the range retaining around 48% of its original value over three years and 36,000 miles.