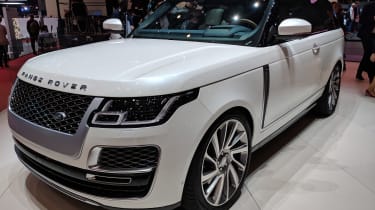 The Range Rover SV Coupe has been axed before a single example has been delivered, Land Rover has confirmed.

The ultra-exclusive two-door version of the Range Rover was the star of the Land Rover stand at last year’s Geneva Motor Show. It was to be made by Jaguar Land Rover’s Special Vehicle Operations division in Coventry and production was planned to be capped at 999 units.

The starting price for the 5.0-litre supercharged V8 petrol model was £240,000 – but Land Rover sources claimed that some early customers were speccing their cars up to the £340,000 mark. 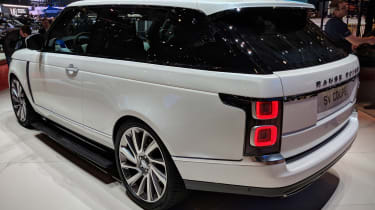 However, less than 12 months after that global debut, Land Rover has admitted to Auto Express that the vehicle will not be built after all. A source insisted that the decision is not related to demand – although Land Rover has declined to reveal how many of the 999 potential order slots were filled.

“We’ve taken the difficult decision to inform our customers that the Range Rover SV Coupe will not proceed into production,” said a spokesman. “Instead, we’re focusing our resources and investment on the next generation of world-class products.”

The move is a blow to Special Vehicle Operations, which exists to produce more extreme versions of every Jaguar and Land Rover model, pushing the boundaries in off-road ability, performance and luxury. But the spokesman added, “Special Vehicle Operations is continuing to develop exciting cars. The all-new Jaguar F-Pace SVR is weeks away from its first deliveries and we have many more new models in development.”

The SV Coupe may well be a victim of increased focus on profit margins at Jaguar Land Rover, which is trying to trim £2.5billion from its cost base and currently laying off 4,500 staff. The car carried over just two body panels from the regular Range Rover – the lower section of the tailgate and the bonnet - and this highly bespoke approach may have focused too much on exclusive clients and not enough on bottom-line profitability. The collapse of sales in China – a potentially key market for the vehicle – may also have influenced the decision.

Are you sad to see the demise of the Range Rover SV Coupe? Let us know your thoughts below...