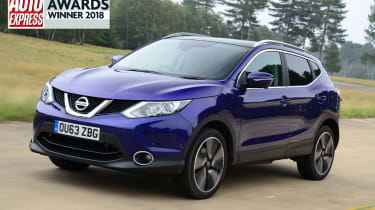 When the second-generation Nissan Qashqai arrived in 2014, it stood tall at the top of the mid-size family SUV class it helped to popularise in the first place. Now, just four years later, you can pick one up for very reasonable money on the second-hand market.

The Qashqai’s benefits include practicality, a spacious cabin and lots of equipment on our chosen Acenta model, including parking sensors, climate control and Bluetooth connectivity. 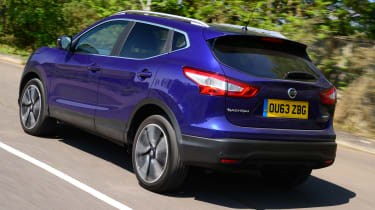 The 1.5-litre dCi turbodiesel engine emits just 99g/km of CO2, meaning it’s free to tax and is very economical. We found several examples with this motor in Acenta trim from around £10,000, a few with low mileage for a four-year-old family car.

The 430-litre boot is big enough for the needs of most families, while the Qashqai is refined and the engine quiet at a cruise. It can get noisy if you rev the motor hard, but keep it calm using the manual gearbox to shift up early – there’s plenty of torque to allow this – and the car is relatively refined inside.

The Nissan rides smoothly most of the time, and its composed chassis makes it easy to drive. The steering and gearbox are well weighted, and there’s not as much body roll as you might expect from a high-riding car like this. The Qashqai set a benchmark for the class when it arrived, and while modern rivals are better to drive, it still makes a strong case as a used buy. 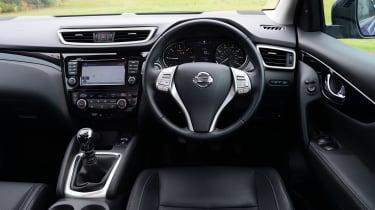 The brand’s official economy figure was more than 74mpg when the car was launched, and we found this equates to around 50mpg in real-world use. There are also lots of examples to choose from, because Nissan has sold thousands of Qashqais since the model was launched, including a facelifted version last year.

On the road: Good refinement and a torquey turbodiesel engine make Qashqai a fine cruiser. It also drives well.

Auto Express’s Car of the last 30 years, the Nissan Qashqai, is one of the best crossovers on sale.

While a facelift last year smartened the car up slightly, the changes weren’t major, so used versions offer similar levels of efficiency, performance and practicality to new models, even if the tech isn’t quite as strong. But then neither is the price on finance; you can pick up our chosen spec for as little as £156 per month. 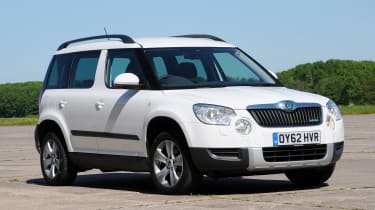 The Yeti will go down in history as a design classic. Its characterful looks hide a very practical and good-to-drive family SUV. This robust and versatile Skoda is available from as little as £3,395 now, although we’d pay a bit more for a model with a sensible mileage that’s been well looked after. 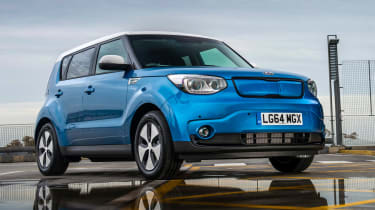 There are few options if you want electric power with your next SUV. The Kia Soul EV is a family car that’s really cheap to run and is one of the quirkiest-looking SUVs. Ultra-quiet running and never visiting a petrol station again are huge benefits, but the 93-mile range is limiting.