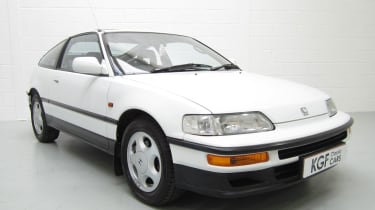 Coupe-like looks and hatchback practicality ensured the Honda CR-X was one of the original stylish, compact three-doors. And in 1989, it was given the performance to match its looks, because this was the first model in the UK to benefit from Honda’s novel VTEC variable valve timing technology. 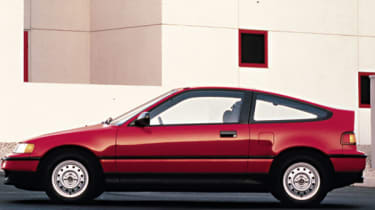 This clever engine had a modest 1.6 litres, but it offered 148bhp and revved to 8,000rpm. That doesn’t sound like a lot today, but back then it made the 130bhp Peugeot 205 GTi 1.9 look puny. The long bonnet and cut-off tail gave the CR-X head-turning proportions, and although today the styling looks very eighties, it was way ahead of the curve in terms of design and engineering.

As with all Hondas, it featured race-inspired double-wishbone suspension for agile handling, while VTECs had distinctive ‘tele-dial’ wheels and a discreet bonnet power bulge. Fast, fun and with an addictively frenetic engine, the CR-X set the template for all future Type Rs.