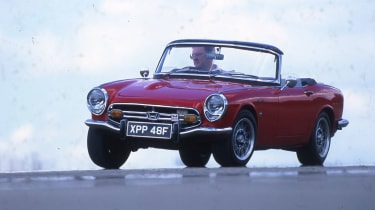 The S800 was the UK’s first Honda, hitting our shores in 1967. But the story of the brand’s sports cars had started four years earlier with its first-ever production model: the S500. This two-seater used Honda’s motorcycle expertise in its drivetrain. Powered by a 44bhp 531cc twin-cam four-cylinder that revved to a heady 9,500rpm, it featured chaindrive to the rear wheels and a 680kg kerbweight – although fewer than 1,500 were produced. 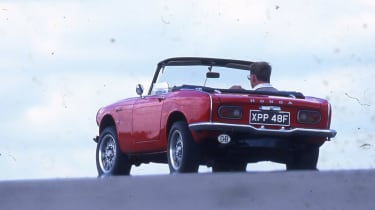 Then came the S800. Later versions had a conventional driveshaft and a live rear axle, while the 791cc twin-cam made 70bhp, so it hit 100mph. Honda’s motorcycle tech meant the engine revved to 10,000rpm.