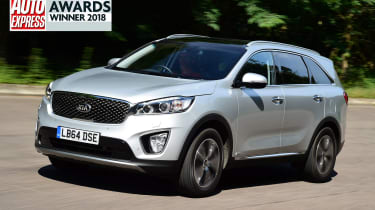 Kia’s value for money has been a big factor for buyers over the years. But while prices of some of its new models have risen to beyond £40,000, buying used means you can get a big seven-seat SUV that offers Land Rover space for supermini cash.

This gets you an early 2015 Sorento with an auto gearbox in KX-2 trim. Our example had covered just over 17,000 miles, and because the Sorento’s interior is relatively hard-wearing, it should have plenty of life left in it as a family 4x4. Walk away if it looks tired.

Another big benefit is that it’ll have the balance of Kia’s seven-year warranty left, so even a used Sorento should provide plenty of peace of mind for buyers.

The Sorento’s design is stylish, while even in mid-spec KX-2 trim it has a relatively high-quality cabin that feels solid and gets a decent level of kit, including a seven-inch touchscreen sat-nav and heated seats.

With seven seats, lots of storage spaces and a massive 1,622-litre boot with the chairs folded, practicality is one of the Sorento’s party pieces.

The soft ride takes the edge off the worst bumps and there is strong refinement. That is hampered a little if you rev the 2.2-litre four-cylinder turbodiesel – which at least works well with the smooth six-speed auto box – but it offers enough performance here.

Four-wheel drive is standard, so there’s security for wintry conditions, and it helps boost off-road ability if you need it. The Sorento stops short of being fun, but it’s at least comfortable, even if it rolls a fair bit, and composed, so it shouldn’t upset passengers.

Kia has built up a good reputation for reliability. It’s safe, too, with a five-star Euro NCAP rating and a respectable level of safety kit for a family machine.

On the road: Kia’s big SUV offers a blend of refinement, comfort and enough performance

Interior: Hard-wearing cabin has plenty of space and the versatility of having seven seats

Space is key in a large SUV, as we’ve seen, but buying a used Sorento outright and on PCP finance shows you don’t have to sacrifice affordability in the pursuit of practicality.

That’s because with a deposit of around £1,700 you could drive away on a £300-per-month deal. Do some calculations and you’ll realise when it comes to space per pound, this is a great offer. 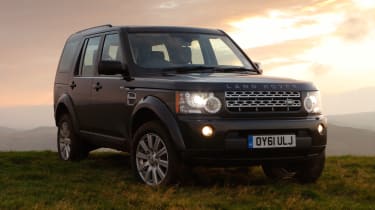 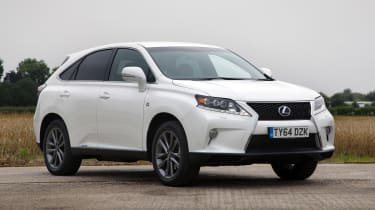 A used hybrid SUV such as the previous Lexus RX in 400h trim is still an incredibly hi-tech machine. The RX brings brilliant build quality and refinement, plus the ability to reduce your running costs.