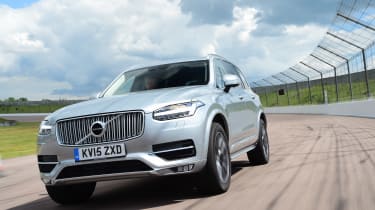 Volvo has revealed that 76 per cent of all new Volvo XC90 orders worldwide have been of the top-spec Inscription model, despite a UK starting price in excess of £50,000.

While exact UK numbers don't quite follow the global trend, a spokesperson said they’d sold "a lot more than we were expecting". Inscription models have so far accounted for around 41 per cent of UK sales – more than double the original forecast of 20 per cent.

"As a result, the waiting time on an Inscription trim is slightly longer than that on a Momentum, so we believe some people are opting for the Momentum and adding more options to it. Hence it’s slightly behind the global trend". 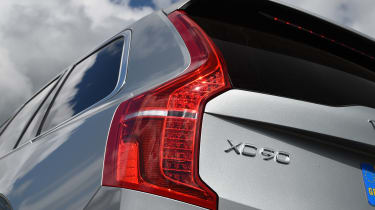 This builds on all the kit you’ll find on entry-level Momentum cars, including DAB radio, sat-nav, automatic windscreen wipers, LED headlights and a powered tailgate.

Volvo’s new XC90 comes with a range of engines, from the basic D5 diesel, to the T6 petrol and T8 ‘Twin Engine’ Hybrid. The latter uses a 316bhp petrol engine mated to an 86bhp electric motor for 134.5mpg fuel economy and CO2 emissions of just 49g/km. That means not only is it free to tax, it’s also exempt from the London congestion charge. Company car drivers will pay just five per cent Benefit in Kind (BiK) tax.

Prices for the new Volvo XC90 start from £45,750, with the first cars in showrooms now.