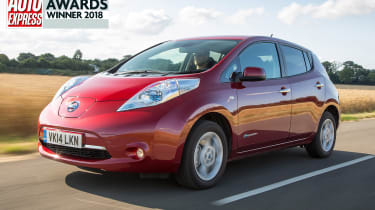 Electric vehicles are here to stay, and although EVs are still in their infancy, there are a few brands that have been pioneering this type of car over the last five years or so. Nissan is one of them, with its Leaf family hatch.

It’s the first EV success story, and you can pick up an updated version of the world’s best-selling electric car for seriously attractive money. With prices below £6,500 even for 2014 models, the Leaf represents incredibly cheap motoring, both to buy and to run. 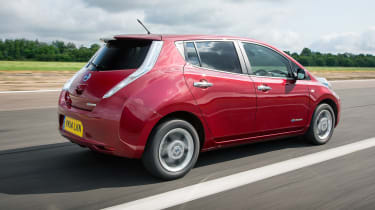 Most owners only use them for shorter trips, so there are cars that haven’t covered many miles given their age. We found editions just a few years old with fewer than 20,000 miles at some bargain prices.

It’s worth mentioning the battery pack. You’ll need to discover whether it is included in the price of the used model you’re buying or whether there’s a separate battery lease attached to the Leaf.

Like all EVs, the Leaf is very quiet at low speed, and performance is good. It’s delivered instantly when you squeeze the throttle, so there’s no lag as the Leaf zips between rest and 30mph with surprising urgency. 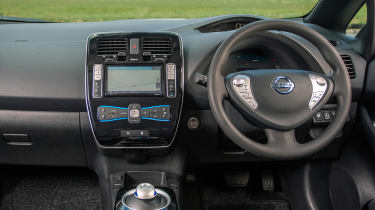 It’s not at the expense of comfort, because while the ride isn’t as smooth as that of a conventional family car such as a VW Golf, there’s just enough compliance that it is bearable in town. That makes it a great commuter car, with the single-speed auto gearbox meaning dealing with traffic is simple.

Then there’s the huge cost saving you’ll make running an EV. An average commute will easily be covered by the 24kWh Leaf’s 124-mile range, but later models are available with a 30kWh battery that extends this to 155 miles. That means at today’s prices, even the 30kWh version shouldn’t cost any more than £4 to charge.

On the road: Most owners use their Leaf for commuting. It’s great in this role thanks to auto box and nippy acceleration.

Interior: Nissan’s EV is comfy enough around town for the family and the electric motor means the cabin is quiet, too.

Early EVs tended to have a high price of entry due to the expensive tech that was in its early stages, but cars such as the Nissan Leaf have now dropped to levels less than a family hatch, while running costs will be super low as well.

Put £600 down and you could walk away with a Leaf in Acenta trim for just £128 per month on PCP finance. This is one way to keep you motoring bills minute. 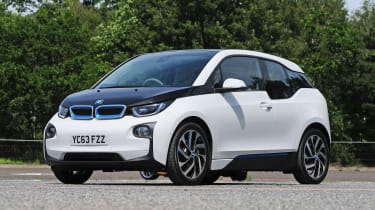 The i3 revolutionised the electric vehicle market place and even as a second-hand buy BMW’s EV is genuinely desirable. Super performance around town is offset by a firmer ride, but around 125 miles real-world range should be easily possible from the quirky-looking hatchback. 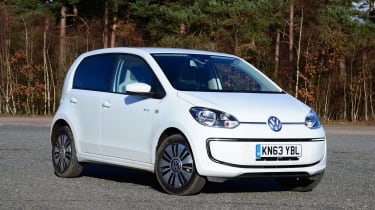 With no loss of practicality over the regular Volkswagen up! for space, a 99-mile range and an 81bhp motor (more than any non-turbo version of the regular up!), the e-up! is a simple solution to a complex problem – as long as you don’t have to venture too far out of town.