How to replace a Defender door latch

Replacing a Defender’s door latch is more of a fiddle than you might expect, as Ed Evans demonstrates. 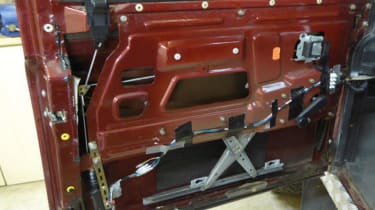 Defender doors often don’t shut in the way the door of a normal car or later Land Rover would be expected to. But before blaming a faulty latch, there are a few other points to check which can all affect whether the door shuts flush with the bodywork or fails to latch onto the striker in the door frame, or even latches onto the striker too tightly.

Check the condition of the door frame’s rubber seal for kinks, distortion, swelling or breaks. If the seal is protruding at one point, examine the metal flange that the seal sits on, straightening any damage using pliers or a mallet and wood block. Test for play in the door hinge pins by trying to lift the rear end of the door up and down while it is open. If hinges are worn, the door and the latch will be permanently out of alignment with the body and striker. 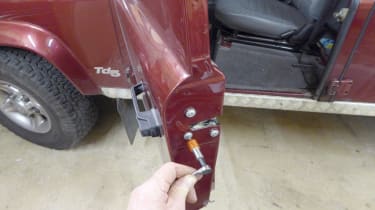 Finally, if your door still only latches with a hard shove, consider that the window frame may just need bending out a tad to allow the latch to move inward sufficiently to hold onto the striker. If all that is in order, or you know there is physical damage to the latch inside the door frame, then it’s time to fit a new one. Replacing the latch is fairly easy, but it’s important to disconnect and reconnect the components in the correct order. It also helps, after disconnecting each control rod, to refit its spring clip back onto the road so it cannot become misplaced. In the time between finding a problem with closing a door, and getting around to fix it, remind your passengers to push only on the external handle. Many people try to close an awkward door by pushing hard on the door panel, which simply puts dents in the soft aluminium.

• Remember to always disconnect the battery earth before starting any DIY work. • Wear eye protection when releasing and fitting spring clips, in the event that they fly off and cause damage. • Be aware of sharp edges on the internal door frame parts, you could get a nasty surpise. 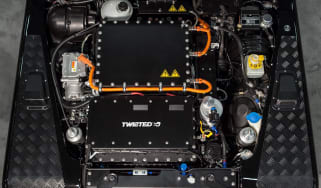