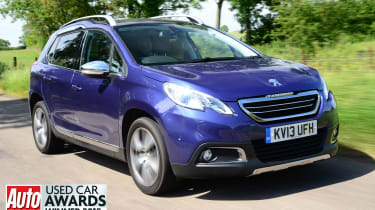 The Peugeot 2008 is likely to be exactly what you’re after in a small SUV. It delivers a comfortable driving experience, is practical and has enough versatility for growing families. Crucially, it’s also jacked up just enough to gain the SUV street cred buyers want.

There’s no four-wheel-drive version, but owners don’t often take this sort of car off-road. Instead, the SUV-style body is great for visibility, with a higher, more commanding driving position, and practicality. If you’ve got children this will be an easy car to live with. 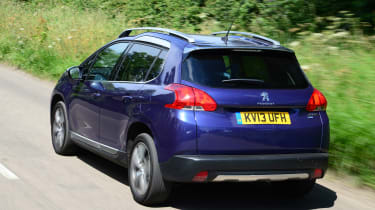 As used prices fall, it’s looking increasingly appealing, because the French supermini-based SUV offers more space than its sister car, the 208 hatch, but still has a compact footprint, so it’s easy to drive.

There’s 360 litres of boot space, plus decent leg and headroom for passengers. The 60:40-split back seats fold to leave a completely flat load area of 1,172 litres. A low load lip means it’s easy to access the boot and there’s also extra storage under the load bay floor.

The Peugeot’s soft suspension keeps body roll fairly well under control. It never feels unstable, cornering confidently, but perhaps lacks the precision and fun factor you’ll find in other rivals. The use of the original i-Cockpit set-up means the 2008’s steering wheel is very small by class standards, and while that means fast responses, it can make the car feel nervous. 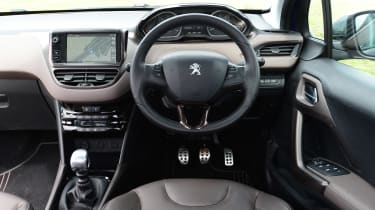 A small SUV isn’t likely to be bought by keen drivers, so the 2008’s comfortable ride shines through. The 81bhp 1.2-litre three-cylinder PureTech petrol needs working but is peppy enough, yet the real boon is its low CO2 emissions and relatively strong fuel economy.

The manual gearbox is notchy, but we’d pick it over the automatic, while Allure trim offers plenty of kit.

On the road: Ride is comfortable due to the 2008’s soft suspension. The 1.2-litre engine is peppy if you work it.

Interior: There’s decent space inside and a high seating position offers a good view. Versatile boot is easy to load.

Due to the fact we selected a 2013 model, BuyaCar.co.uk’s finance calculator won’t quote for a PCP deal, but on Hire Purchase you’ll spend £215 a month to own one of these cute compact crossovers in desirable Allure trim.

That’s affordable ownership, and with fuel, tax and servicing over a typical three years your monthly motoring budget will likely not break through £300. 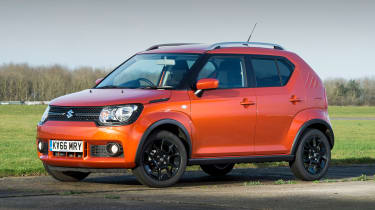 The Suzuki Ignis is a little more expensive than the 2008 because it’s a newer model, but it’s also more compact. The Ignis is still a great small SUV, however, because even in entry-level SZ3 spec the Suzuki comes with loads of standard kit, while it looks great and is fun to drive. 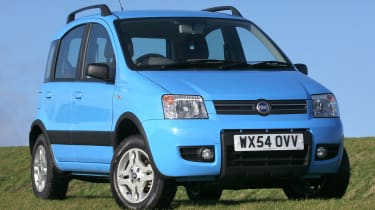 If you’re looking for a small SUV that actually has off-road ability, the Panda 4x4 is a great choice. It’s surprisingly capable on tough terrain thanks to its four-wheel-drive powertrain, low kerbweight and small footprint. Although the Fiat isn’t as refined as the Peugeot, it’s fun to drive on the road.